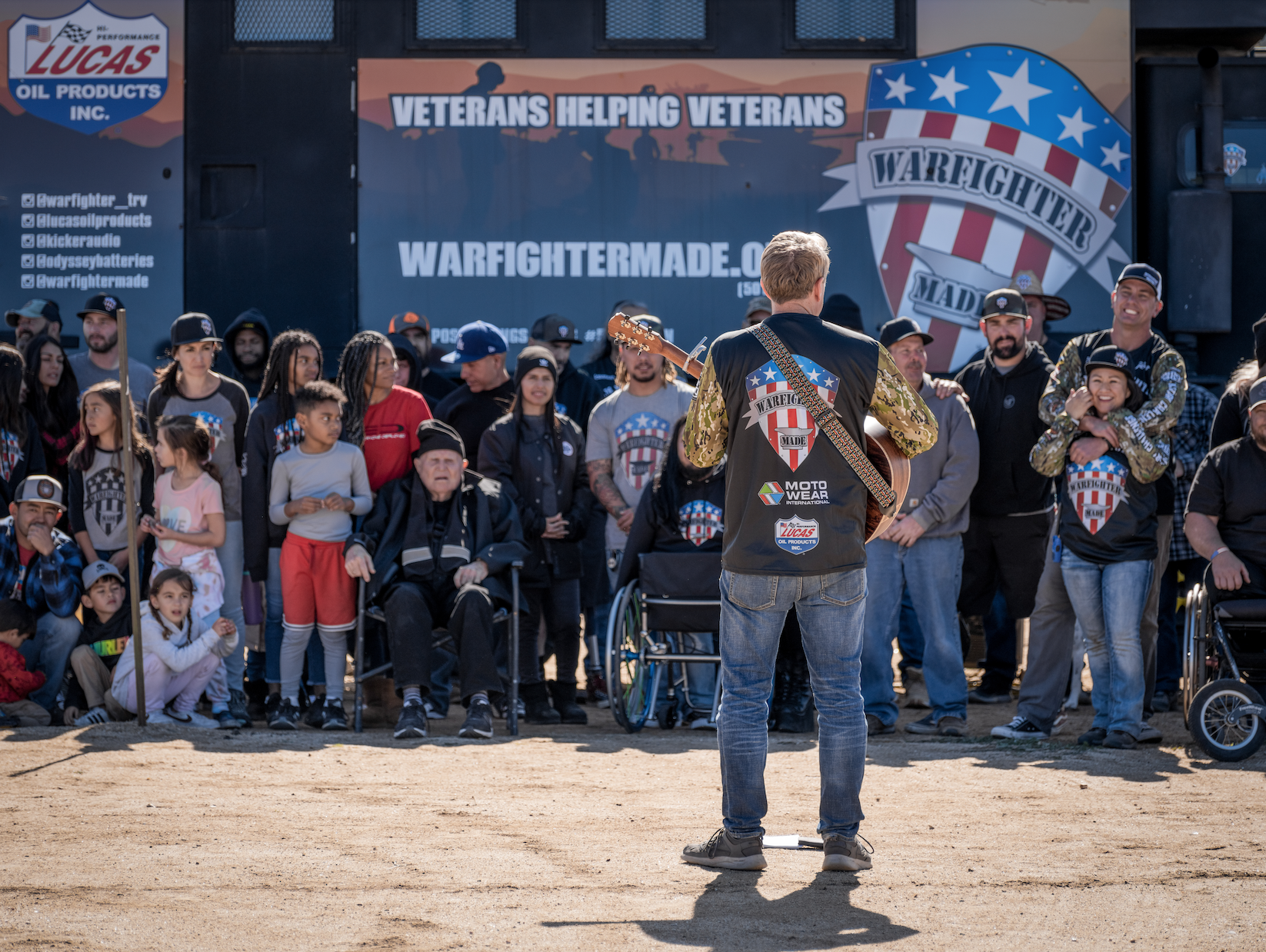 Making Good is back with an unforgettable fourth season on BYUtv. Stream the entire season now!

Actor and musician Kirby Heyborne loves to help people! Join him as he travels across America to help remarkable non-profit organizations any way he can. With laughter, tears, and Kirby’s irresistible mix of good humor and heart, Making Good shows how easy it is to make a difference in your own community.
‍ 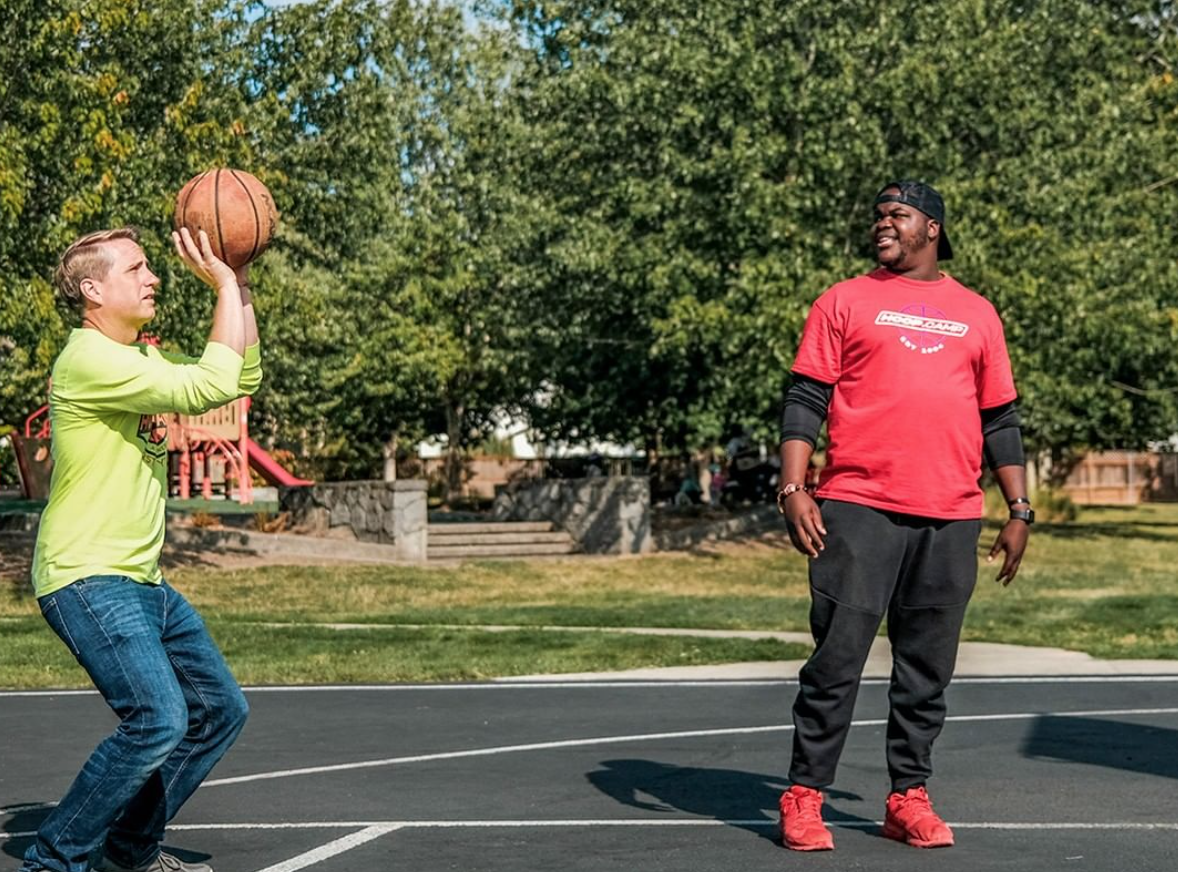 "Hoop.Camp"
In Portland, Oregon, Kirby joins Hoop.Camp, a volunteer-run basketball camp for people with special needs. Kirby learns how difficult it can be to find opportunities for those with special needs to participate in organized sports after high school, and how Hoop.Camp works to fill that void. Scoring big in the friendship department, Kirby competes with hundreds of athletes, learning about their love for basketball, and for each other. 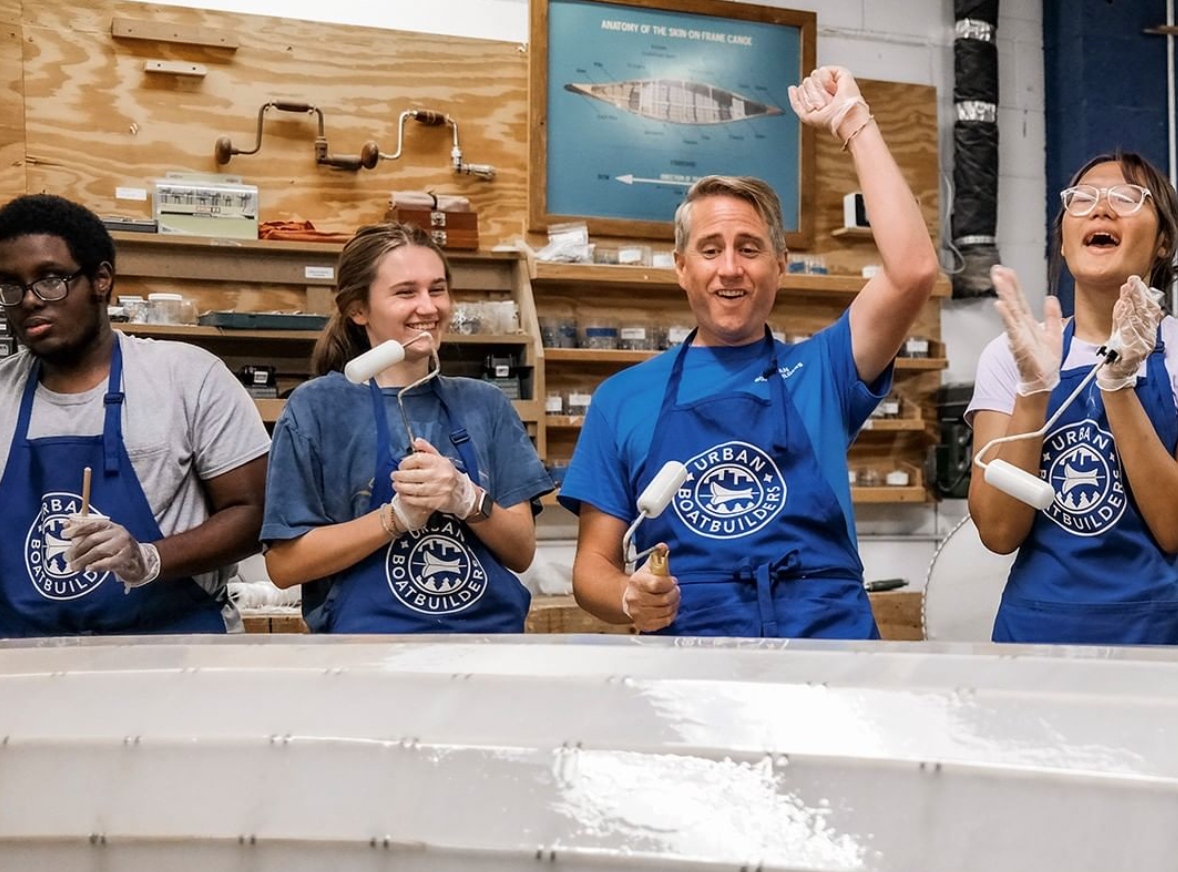 "Urban Boatbuilders"
‍
In Minneapolis, Kirby plunges into the deep end of boat building, joining a team of apprentices at Urban Boat Builders as they work to finish canoes in time for their graduation––a boat launch attended by their whole community. As the deadline for finishing the canoes looms, Kirby witnesses firsthand how the cohesive team has been prepared to tackle tough tasks in woodworking, and in life beyond the wood shop. 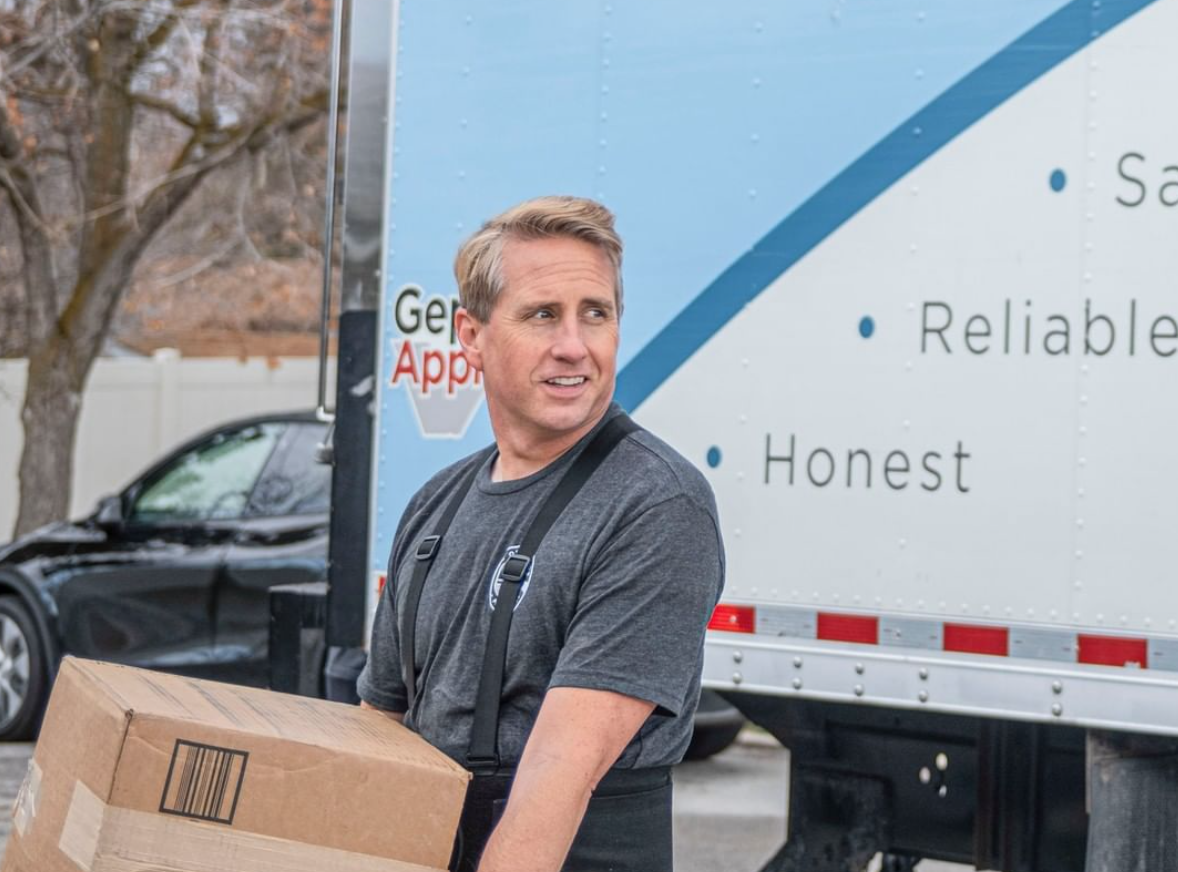 ‍
"The Other Side Academy"

In Salt Lake City, Kirby joins The Other Side Academy, an organization dedicated to creating a therapeutic community where people who have struggled in the past can come to turn their lives around. After the academy leadership is sure he is up to the task, Kirby is allowed to join the moving company––a residential moving service composed of students from the academy. At breakneck speeds, Kirby and the movers help an elderly woman move all of her belongings to her new home in a matter of a few short hours. Working harder than he has ever worked before, Kirby witnessed firsthand the transformation that a strong will to change and a lot of elbow grease can have on the academy's students' lives. 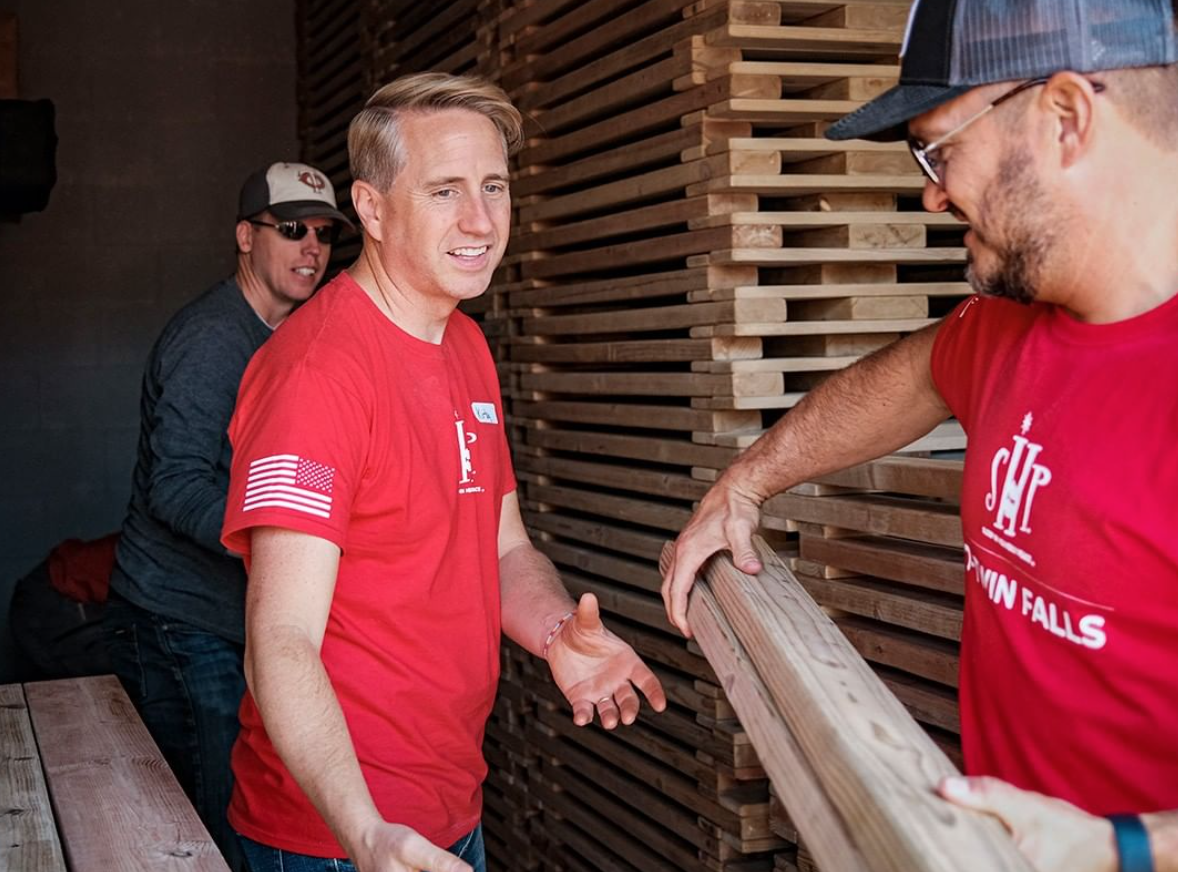 Kirby travels to Lakeville, Minnesota to join Sleep in Heavenly Peace––an organization dedicated to building, assembling, and delivering top-notch bunk beds to children and families in need. After meeting kids who have been sleeping on the ground, Kirby rolls up his sleeves, and learns how to build beds for them. Alongside an army of volunteer bed-builders, Kirby and the Sleep in Heavenly Peace team build 130 beds in a single day. As Kirby delivers beds to the families, he sees firsthand the happiness it brings the children, and the lift it provides to their parents. 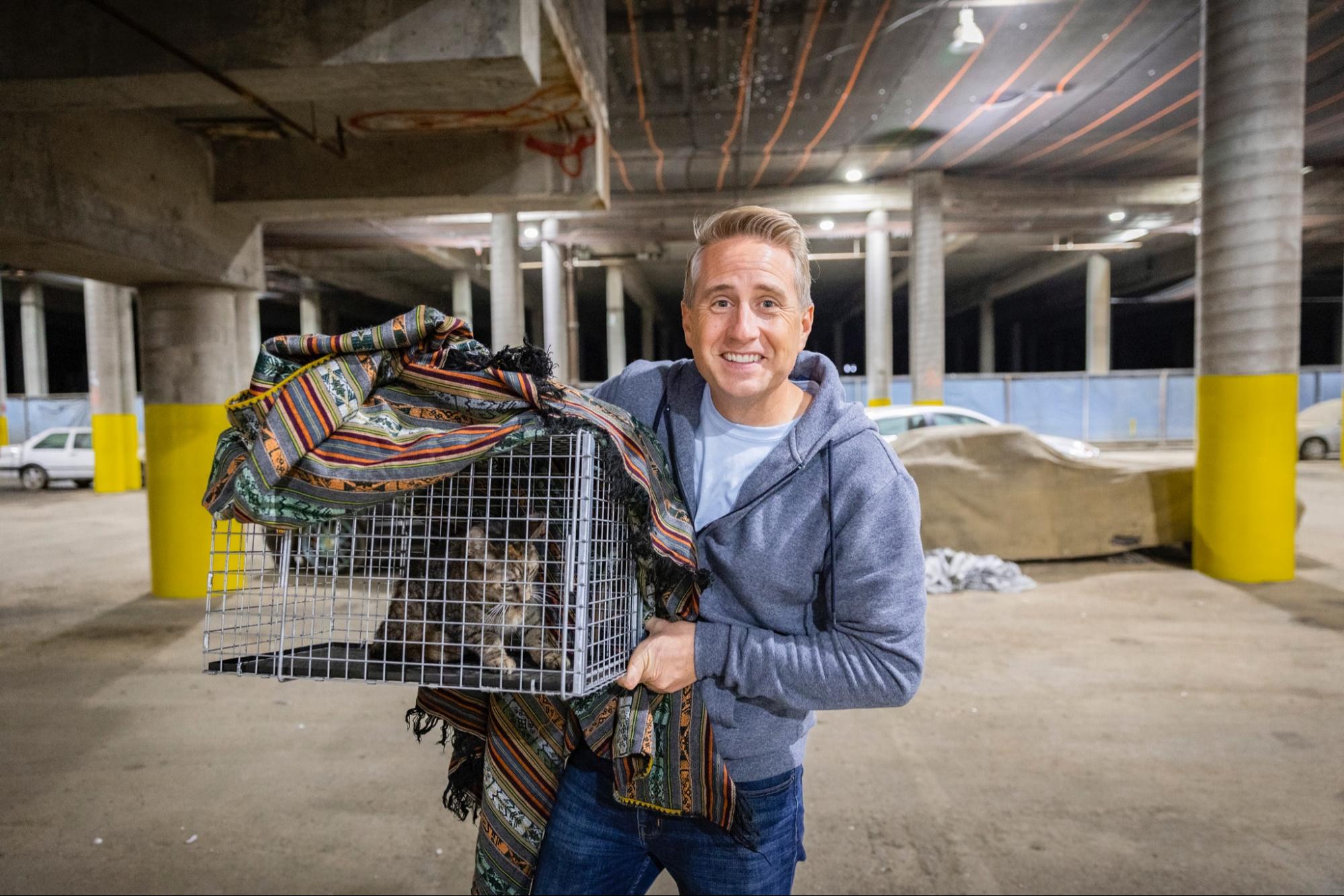 "Little Wanderers"
‍
In New York City, Kirby joins Little Wanderers, an organization of dedicated animal lovers who work to help feral cats across the Big Apple. Venturing into abandoned buildings, parking garages, and vacant lots, Kirby and the teamwork to find cats in need, get them medical attention, and help them on their way to a better life. With over 500,000 feral cats in the city, there's much to do!
‍
Watch this episode now.
‍ 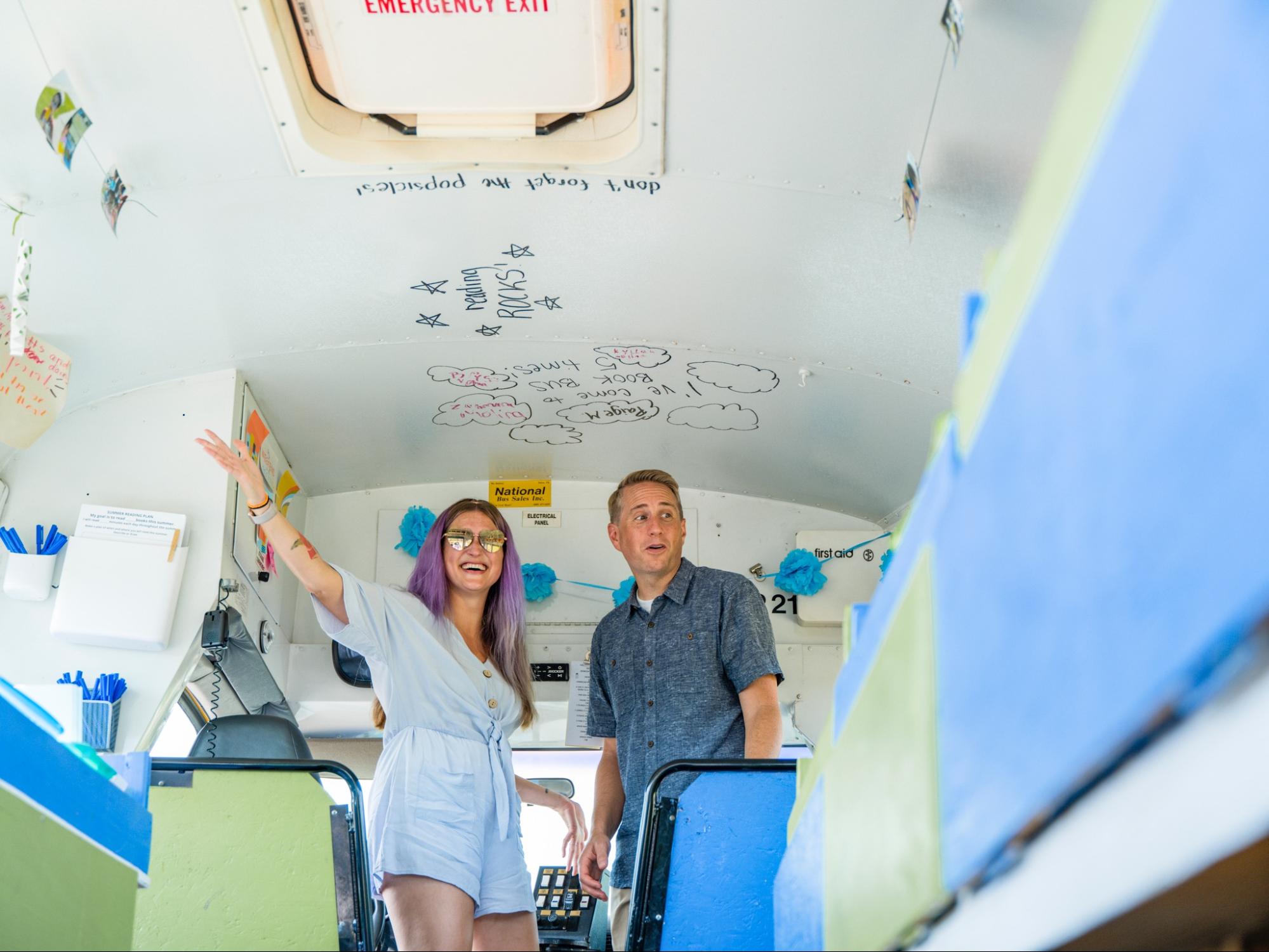 "Gaining Ground Book Bus"
‍
Kirby heads to Tulsa, Oklahoma, where he takes the wheel of the Gaining Ground Book Bus––a school bus converted into a free book delivery service. Together with a team of dedicated educators, Kirby races around the city, delivering 3,000 children's books in a single day. Kirby witnesses firsthand how the lives of both those receiving the books, and those distributing the books are impacted by the colorful library-on-wheels.
‍
Watch this episode now.
‍ 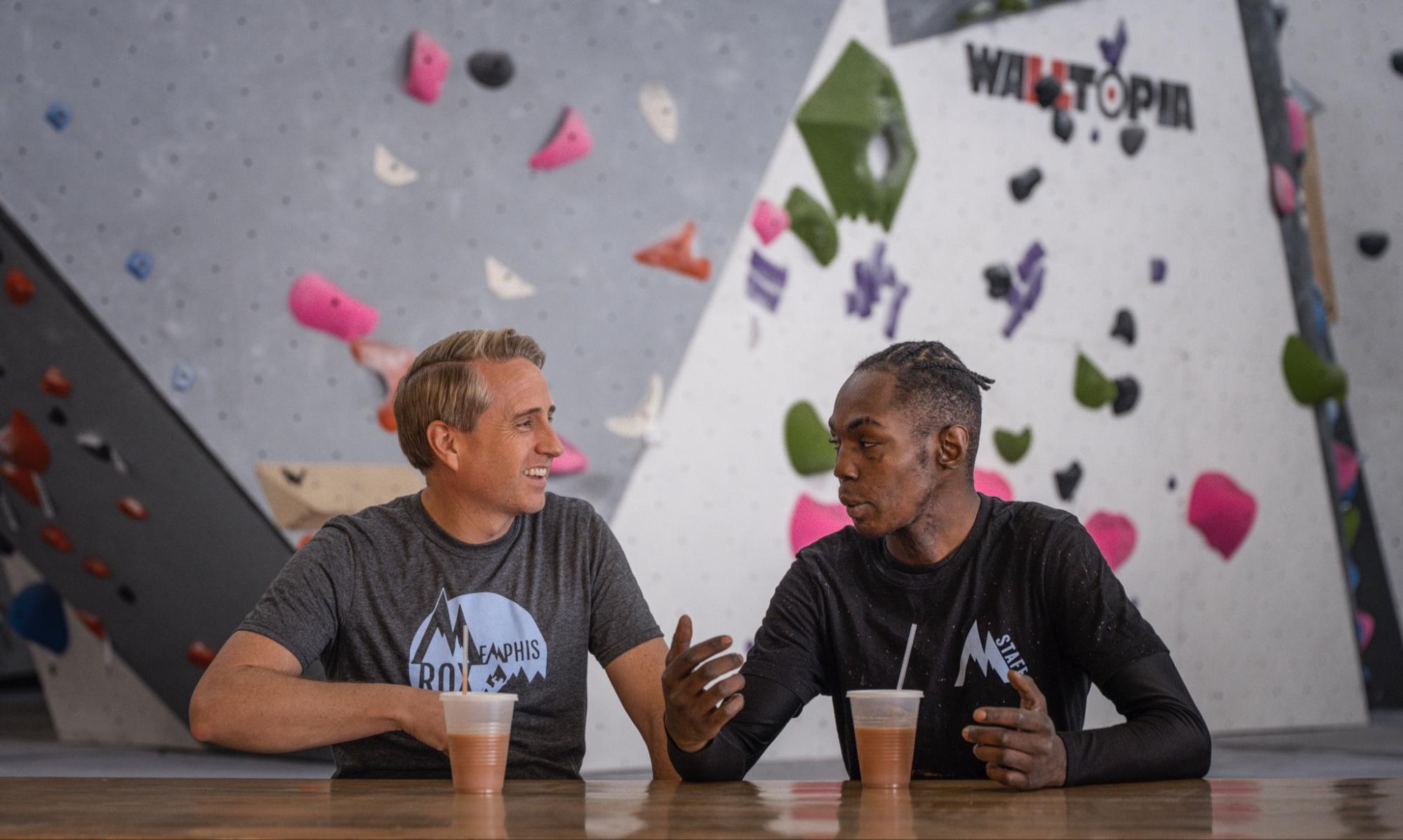 "Memphis Rox"
‍
Facing his fear of heights, Kirby makes his way to Memphis Rox, a climbing and community center in Memphis, Tennessee. Climbing higher than he has ever climbed before, Kirby is put to the test by his rock climbing coaches. Kirby experiences firsthand how the center is full of encouragement on and off the climbing wall, and how that positive influence echoes into the surrounding community. With his new climbing skills, and lots of support, Kirby heads outdoors to join the Memphis Rox team at the Jamestown Crag––Kirby's tallest, rockiest challenge yet.
‍
Watch this episode now.
‍ 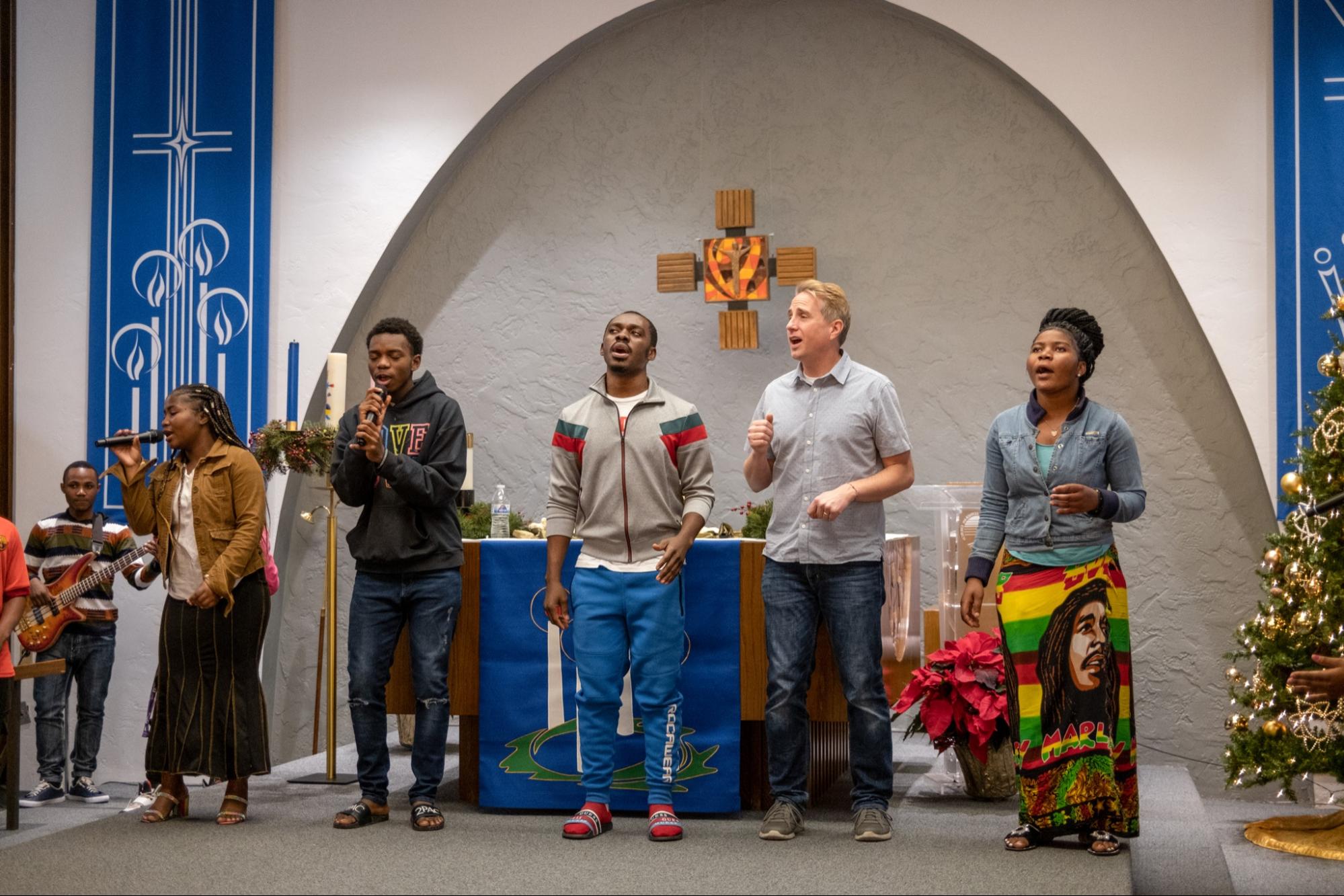 "Weclome to America Project"
‍
Kirby travels to Phoenix, Arizona, where he joins The Welcome to America Project, an organization that helps refugees arriving in the United States to flourish in their new home. Kirby visits families from the Democratic Republic of Congo and Syria, learning about the difficult journeys they have endured, and the needs they have as they begin their new lives in Phoenix. Together with dozens of volunteers, Kirby tracks down needed items and experiences the outpouring of love that occurs as they are delivered to the families.
‍
Watch this episode now.
‍ 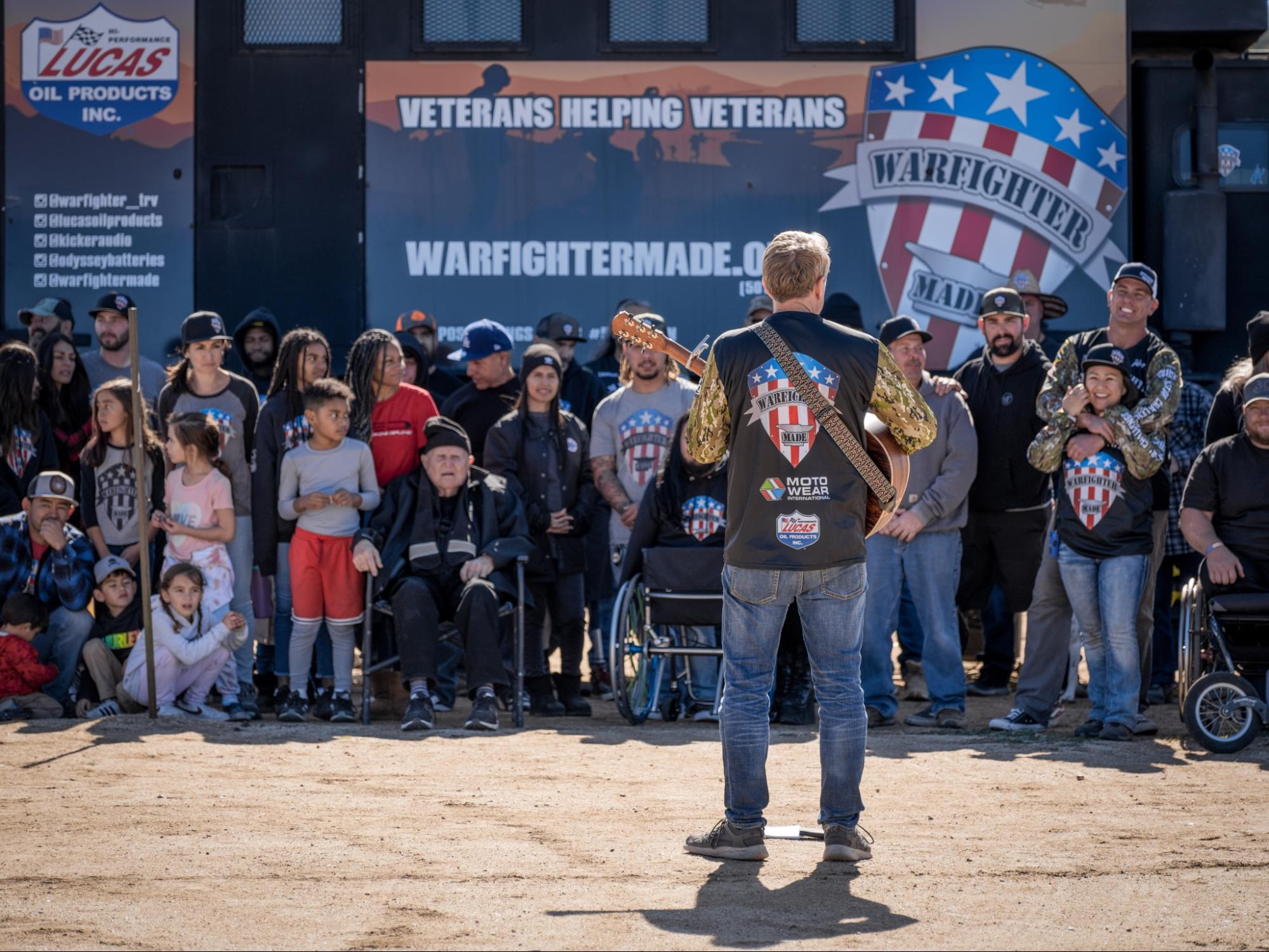 "Warfighter Made"
‍
Kirby revs his engine all the way to Temecula, California where he gets a taste of adrenaline therapy with Warfighter Made, a nonprofit dedicated to putting wounded veterans behind the wheels of off-road vehicles. Working to prep the custom vehicles for a gathering of veterans at a local racetrack, Kirby gets to know the individuals being served by the organization, and the sacrifices they've made for their country. On the big day, engines roar as loudly as Kirby's screams, as the veterans drive aggressively around the track, fly off jumps, fishtail around corners, and put smiles on the faces of everyone involved.
‍
Watch this episode now.
‍ 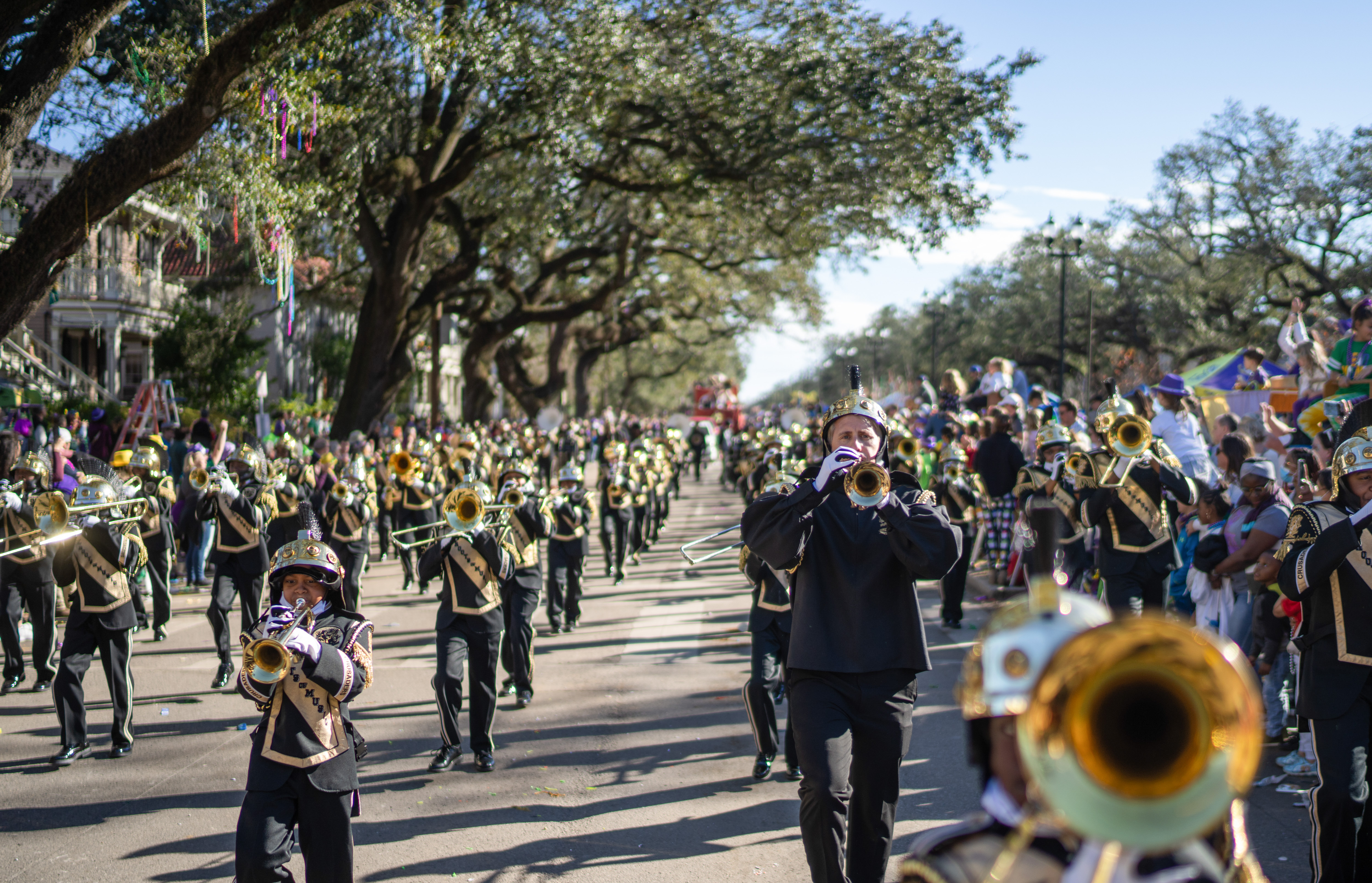 Season 4 of Making Good will conclude with Kirby heading to New Orleans, Louisiana to The Roots of Music, a non-profit that empowers the youth of New Orleans through music education, academic support, and mentorship, while preserving and promoting the unique musical and cultural heritage of the city.

Watch the finale of season 4 of Making Good on BYUtv Sunday, May 22 at 5 PM MT.