EDGE OF THE EARTH EPISODE RECAP:
Into the Void 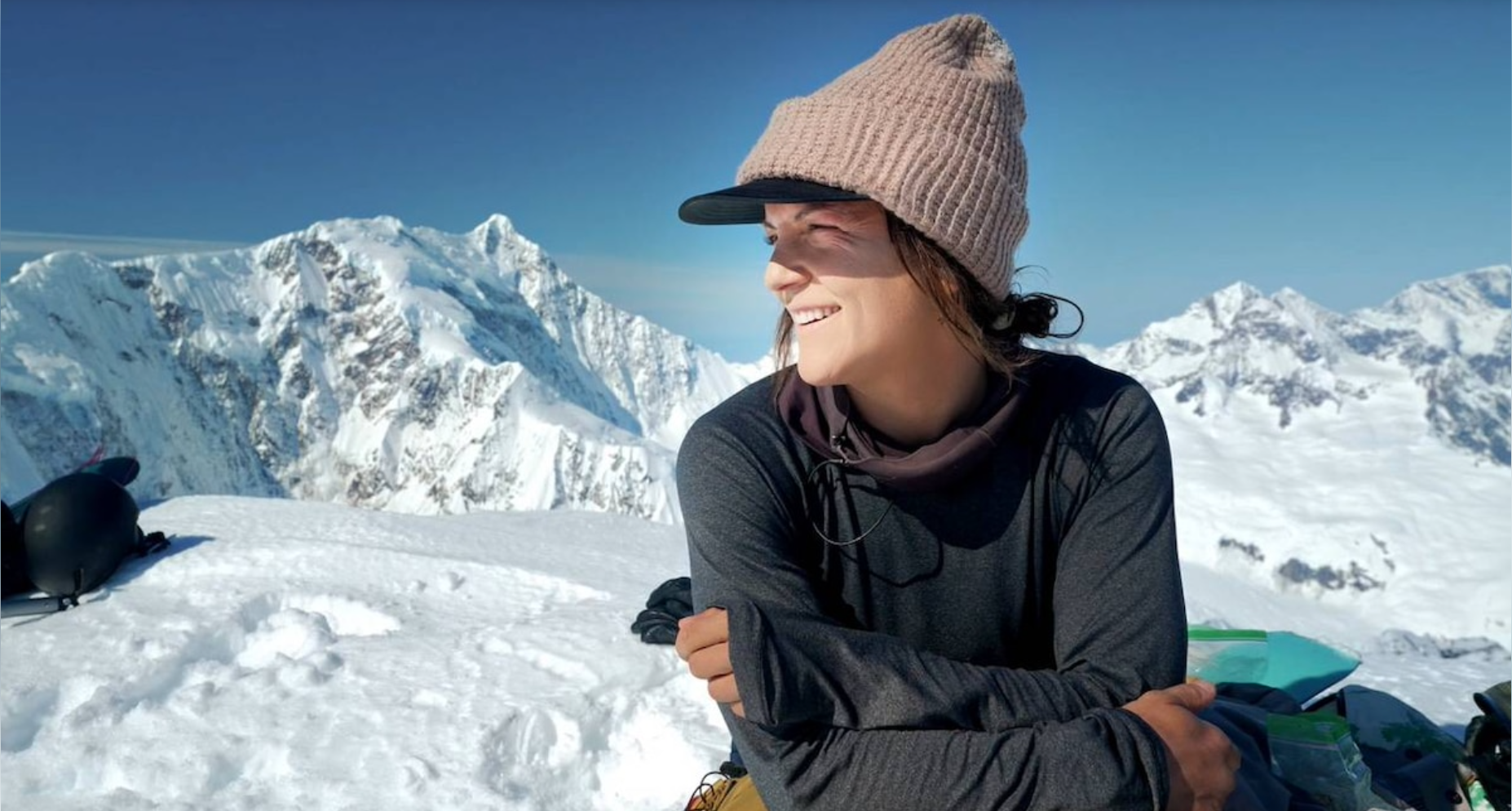 Cosmic executed post supervision, color, and VFX on the four-part HBO docuseries, Edge of the Earth.

For over 25 years, Jeremy Jones has been pushing the limits. He’s known as a “guru” when it comes to planning a ski trip or climbing expedition of great magnitude. At a young age, Jones fell in love with going fast; by 21, he had reached success on every level of professional snowboarding, but found himself burnt out. Encouraged by his brothers, he went to Alaska looking for something different; cue Jones dropping in on a mountain off a helipad with his snowboard, terrified. “That just opened up this world, this universe that I didn’t know existed."

Over time, Jones, while becoming better at filming snowboarding movies, felt the urge to get past the heliboundaires and in turn expand the snowboard universe, spawning a new phase of foot-powered snowboarding. And even though he’s been all over the world at a variety of different mountain ranges, Alaska is the most spectacular- which is why he chose Mount Bertha for his most intimidating expedition yet.

Mount Bertha is 10,204 ft high, completely remote, and has a line on it that’s never been skied or snowboarded down before. Very few people have descended down Mount Bertha, and for good reason: the need to come in from the ocean, having to cross cravesses that are easy to fall into, and trekking mountains with frequent avalanches are just a few of the risks of this scenario. 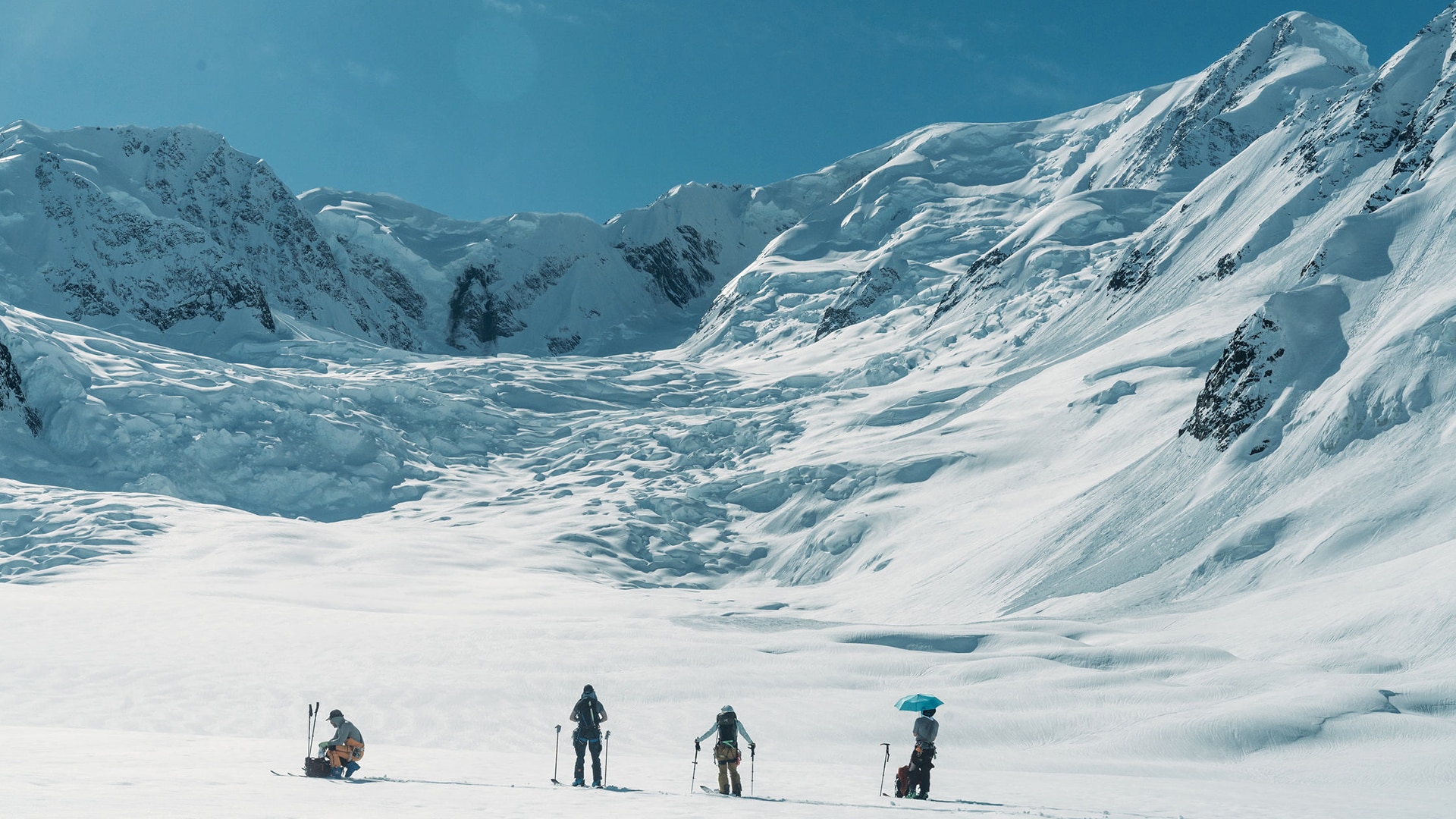 “When you’re this far out on the edge, you have to rely on your team to make it back,” Jones explains having the right crew is critical, which is why he recruited Griffin Post and Elena Hight for this ambitious expedition. “A lot of traditional pro snowboarders snowboard when the camera’s there, rest when it’s not, but the people that I end up spending time with don’t just need perfect conditions,” Jones says. “Enjoy the process, love putting in time…Elena is all those things.”

Hight began snowboarding at age six; when she saw Kelly Clark win the Women’s Halfpipe during the 2002 Olympics, she knew that this was all she ever wanted to do. Though she won plenty of contests, she never came home with an Olympic medal. After not even coming close to qualifying her last Olympic run, she feared this could be the end of her snowboarding career. A month later, Jeremy called.

Providing Hight with the perfect opportunity and a push out of her comfort zone, her first trip with Jones completely altered her future; she knew this was exactly what she wanted to do. Even then, fear still lingers when it comes to conquering Bertha; Hight says, “A lot of risks are involved. Putting everything on the line is where the feeling of freedom and excitement comes from. It’s hard to consider what could happen; worst case scenario, we don’t come home.”

Griffin Post took a less traditional route into professional skiing; while most pro skiers figure out they’ve got what it takes to be successful as a teen, it wasn’t until his mid-twenties he became a pro skier. Before skiing, he focused on school; his last couple of years of college, he realized there could be a different path. He entered his first skiing contest and won, thinking “maybe the skiing thing can work out.” Post is known as a “voracious studier”, learning maps, routes, weather, every mission detail- he understands the need to be ready and adaptable for whatever the mountain throws at you. He says, “Big mountain skiing has that combination of being in nature, adrenaline rush, and courage- it checks all the boxes of what really does it for me in life.”

The expedition begins in Juneau, Alaska on April 8, 2021. “Alaska is so different than everywhere else on the planet. The most unique factors allow for primo snowboarding; we can do things here that you can do anywhere else in the world. Weather dictates everything out here, snow dictates everything- and there’s no mastering Mother Nature,” says Jones.

As the team recognizes they’re visitors in Alaska, they meet with a member of the Tlingit tribe, Heather Lgeik’i Powell, a tribe that’s been calling this land home for over 10,000 years and through two ice ages. She explains that in her tribe, names have carried identity for many generations, most coming directly from Glacier Bay; her own name is the sound that the glacier makes right before it calves into the water. Howell tells the team, “Our relationships we have with our lands, our waters- it’s something that’s bigger than we are. It’s our being, it’s our DNA. It’s how we’re connected.” 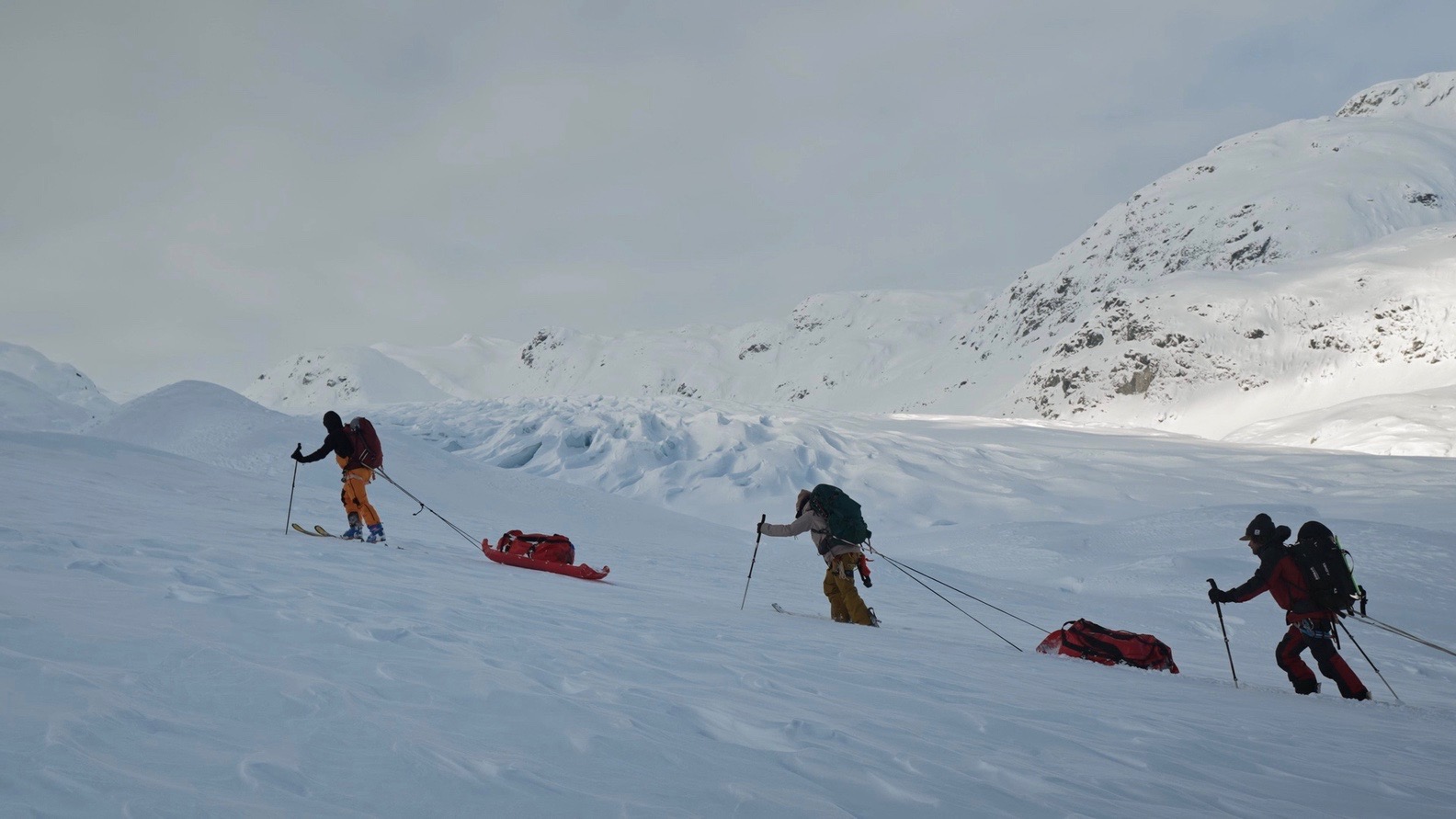 The expected 25 hour boat trip into Glacier Bay took a turn on day two; things began to feel more real, but also more dangerous with a significant storm coming in. What was meant to be a mellow boat ride  turned into hunkering down, hiding in a cove, and hoping to be able to  progress to the next phase of the expedition soon. Bob Thorsten, the Captain of Pamela Rae, hadn’t seen this much snow on his boat in over 50 years.

As the days roll by, the team decides they must “thread the needle” between two storms to make it into the landing zone. To make it to shore, they’ll take a much smaller boat, emphasizing the large waves. Bob tells them, “This will be an impossible launch and impossible landing.”

They reach the drop off location, Reid Glacier, and push on to basecamp 15 miles and 4,000 ft away- they must make it before the next storm hits. The limited visibility during a white out heightens the chance of being swallowed into crevasse or hole. Nine hours into the trek, the reality of the storm coming begins to set in: it can pin them to the glacier, a worst case scenario as they do not have the supplies to last and are in no man's land. They have no other option to keep going, no matter how tired they are or how dangerous it is. After 17 grueling hours, they make it to basecamp.

By day 10, they’ve gotten a total of 7.5 ft of snow. Hight calls the trip so far “a constant beatdown.” But after days of not seeing the mountains, they wake up to what Post describes as the curtains being drawn on an amazing stage. “Spectacular. Beyond imagination,” Jones adds.

After waiting two weeks for sun, the trio is now too afraid to move due to the avalanche prone mountains. Within the 12 hours of daylight, they watched 200 avalanches fall; the mountains must heal before making their next trek.

“As someone who spends most of my time in the outdoors, I see these changes happening,” Elena says after hearing Juneau hit record high temperatures. “To be standing here in these mountains in this crazy heat, after we just went through one of the biggest snowstorms that I’ve ever been in, it’s a very real reminder that climate change is real and it’s here, and there’s no escaping it.”

Similarly, Jones fell in love with winter at a very young age, and now his life revolves around it. When he started seeing changes in winter aligning with what scientists were saying about climate change, he began Protect Our Winters in an effort to ignite change. He says he’ll look his kids in the eyes in 20 years and say, “I fought like hell to try to get us on the right path.” 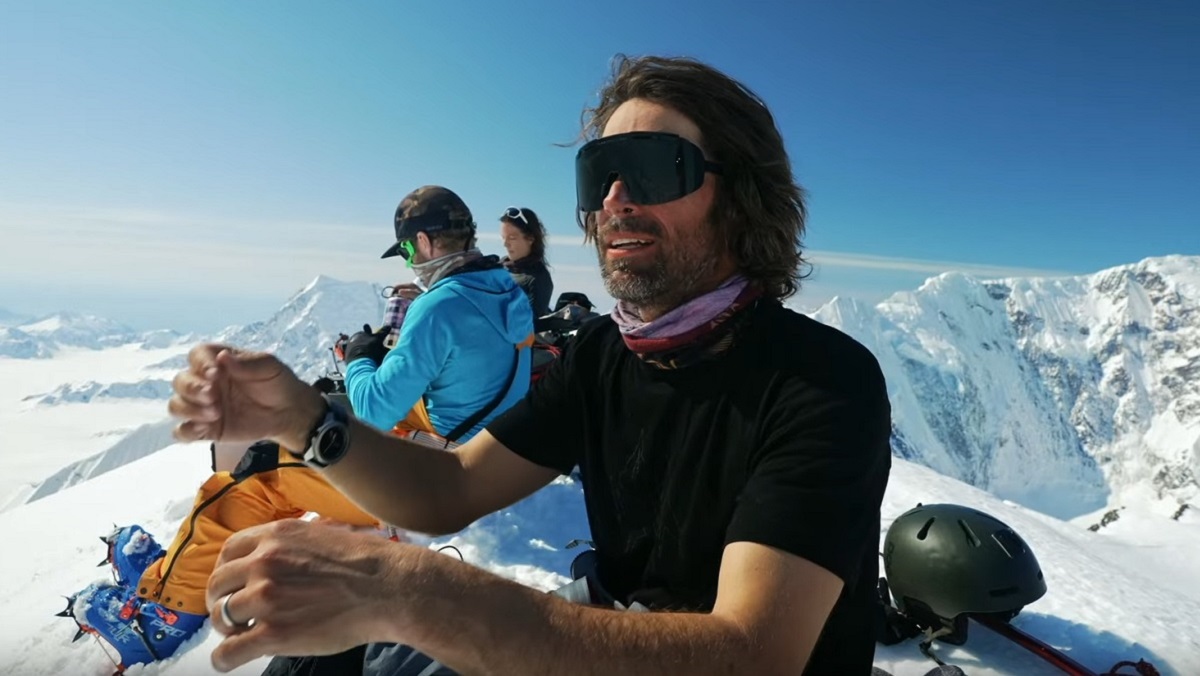 With concern on what to do next and adapting the plan for a successful mission, the team decides to head to high camp in the evening to time it right with the heat- meaning they’ll be engulfed in darkness in just a matter of time. They must cross the bergschrunds, the cracked area where the glacier and mountains meet; this is where “things get real.”  After eight hours, they reach camp at 11:30 PM, leaving them four hours to sleep, make water, and hydrate before going for their final ascent.

The last 300-400 ft of Bertha features a narrow strip they call the plank; it’s 10ft wide, with rocks on the left and a 5,000 ft drop on the other side. If you fall, there’s no rescue, just a recovery mission. “All of Bertha is a no fall zone. Every step you take needs to be a sure step,” says Hight. Soon enough, the team of three are standing triumphantly on the top of Mount Bertha. Jones proclaims, “To be able to walk up these mountains, to sleep under them, see every breath of wind and snowflake. The intimacy that you now have with the mountain is so much greater. These highs are on a totally different level.”

Elena continues, “It makes you feel so small, but at the same time, so connected to everything around you. You feel like you’re standing on the edge of the earth.”

A view so beautiful, it almost makes them forget the most dangerous part is ahead of them. With concerns about ice, they decide the best strategy is to section off the line and descend in smaller distances. One by one, they begin to drop down the mountain, checking in with each other and updating on snow and ice in each break.

And finally, they have completed the first ski and snowboard descent of the East Ridge of Mount Bertha. It rings true: arriving at the destination makes all the work worth it. By the time they return to basecamp, the trio has a lot to be proud of.

“There’s really nothing like climbing a mountain and standing on top of it. That feeling of complete presence,” Hight says. “Knowing that you can achieve things you may have not thought possible, I think, it’s like a sense of courage and freedom.”

On day 18, they return to the ocean knowing they will remember this place forever. Hight says, “Once you’re out here, you really settle into this state of presence that I think is hard to find in our everyday lives just because there’s so many distractions, and out here we’re completely in tune with the mountains and our surroundings. You definitely find yourself feeling like it’s home here.”

Post adds, “Skiing something from the ocean was something I’d never done before and I think 10,200 feet would take it as the longest run of my life. And knowing that you earned every single foot from sea level is pretty rad to know. I think that’ll make me smile for the rest of my life.”