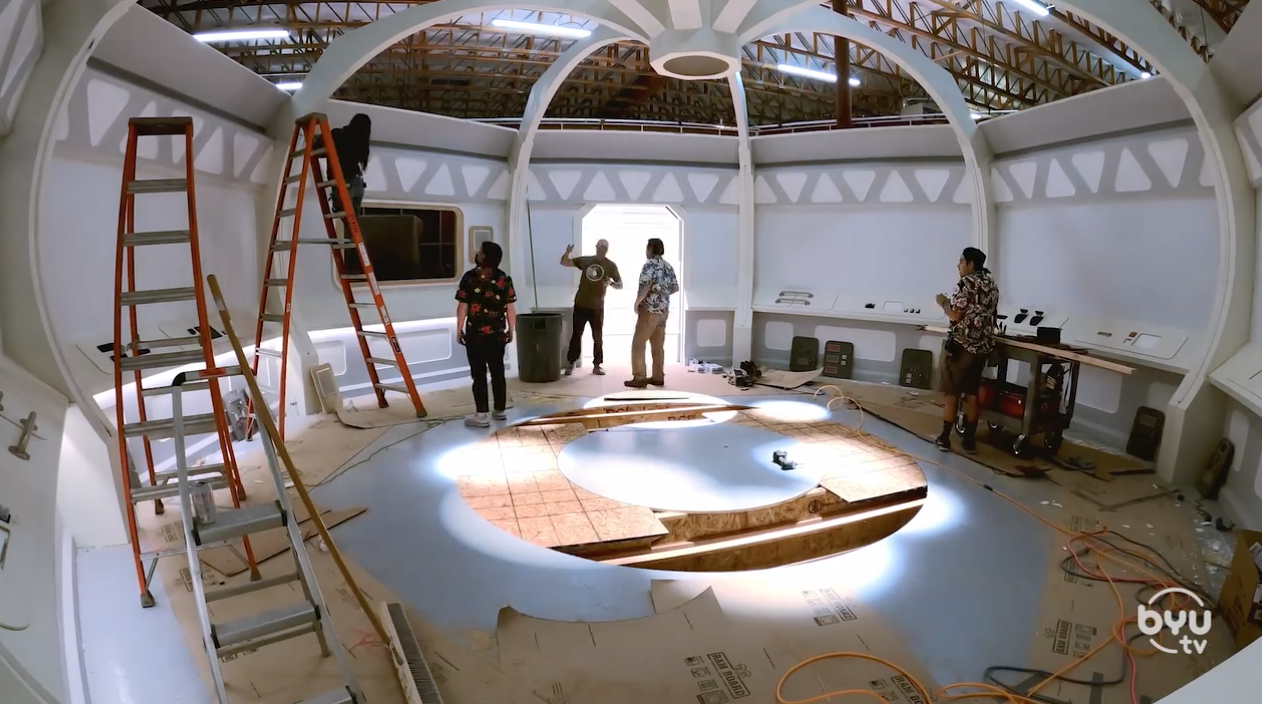 Diane Millet, the Production Designer for 9 Years to Neptune, details how the impressive set of the show came together. 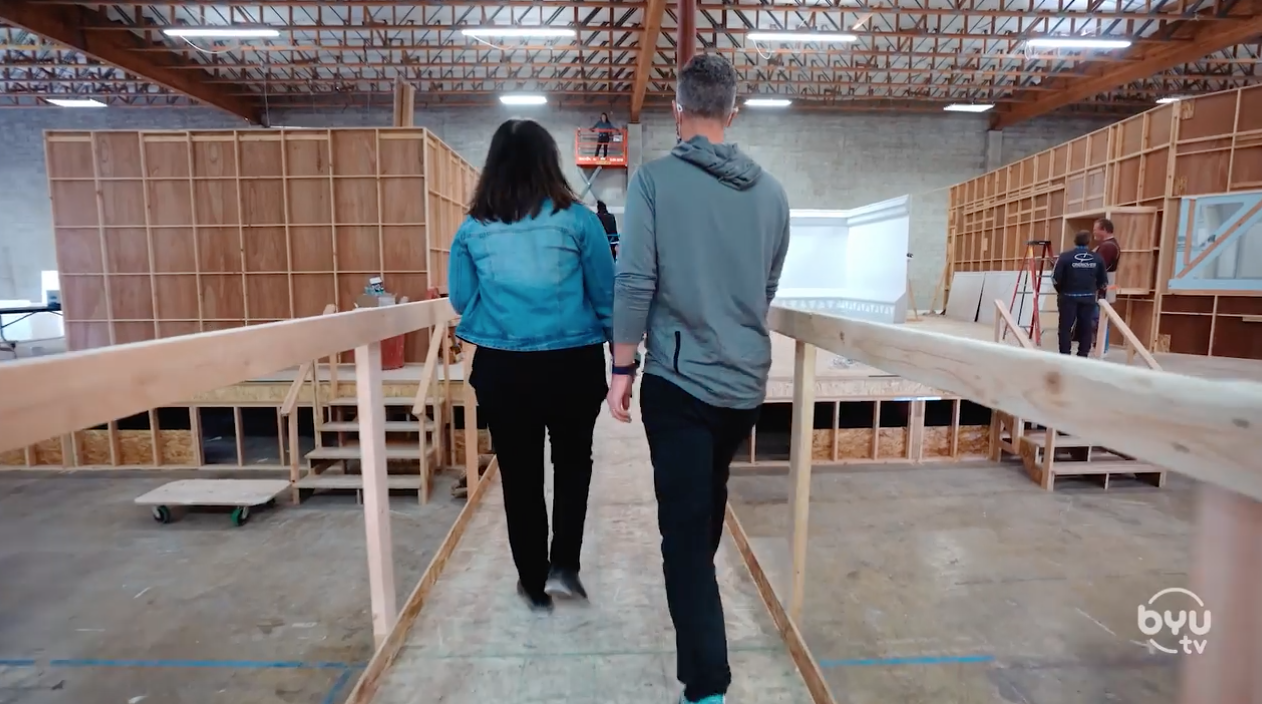 Striking in both size and attention to detail, the set features nine individual sets in total, along with two interview walls. 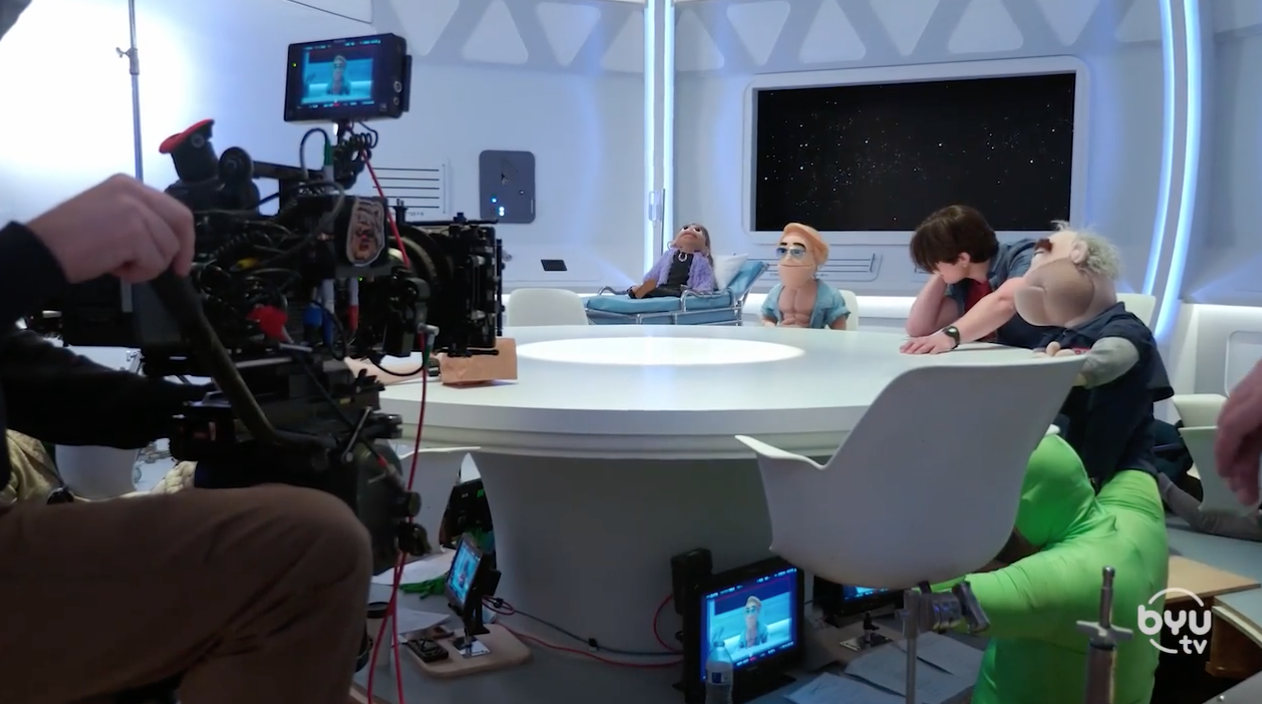 The sets include a cafeteria with French theming, a hospital room, lab, Mission Control, a hallway, The Bridge, and two private corridors. Originally, only one private corridor was planned, but because these sets are constantly dressed and changed, the crew decided to build a second to ensure they could keep up during filming.
‍
Every set, excluding Mission Control, is built on a platform. The sets are elevated to allow trenches to be cut in for the puppeteers to work from, enabling the puppets to be level with the human characters on set.

‍
Millet describes the Bridge and Hallway as her favorite sets. A lot of filming is done in the Hallway which is almost 72 ft long and provides an alluring look into space. The Bridge, which is where most of the show takes place, is a modified version of a typical Sci-Fi set up. The Bridge features what Millet refers to as the “The Spider” which she claims pulls the whole room together. 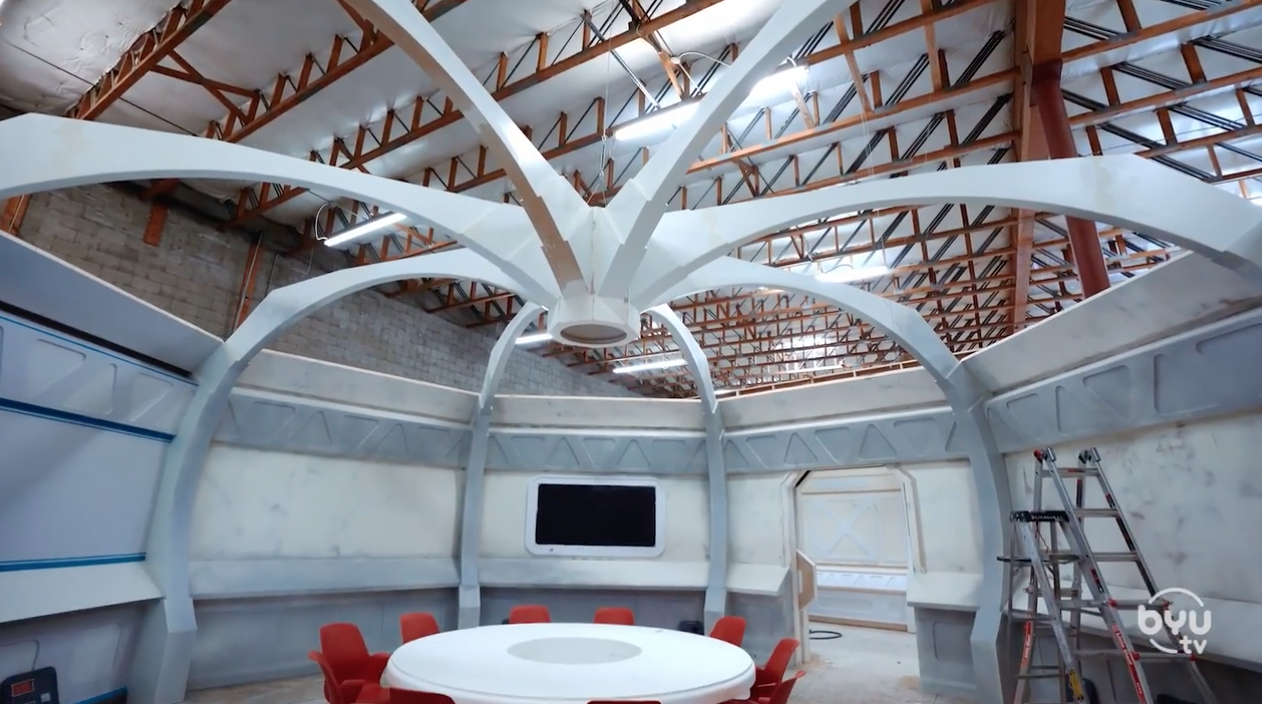 The set also features a moveable door that is wheeled as needed into different areas, with the Lab being the only set with actual, functioning doors.
‍
Millet makes it clear that 9 Years to Neptune got the best of the best when it comes to Construction Coordinators. She’s in awe that these exceptional individuals, who are usually out running various different crews, we’re available and all able to come together for this project. 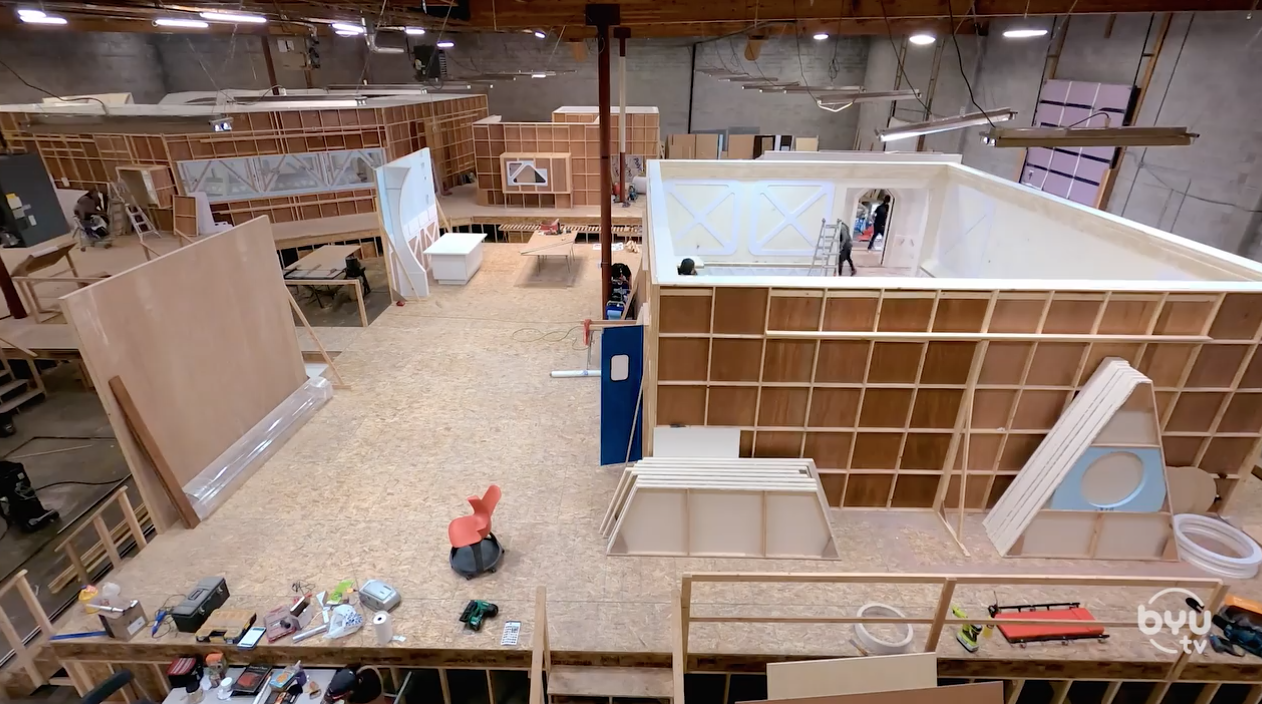 Millet is also grateful that as a team they had enough time to talk in depth about the feel and look they wanted for the show, as sometimes “you get a script and five days to figure out what it’s going to be.”

“When it all comes together, and it’s decorated and all lit, that’s when you feel the satisfaction of all the hard work," Millet says. 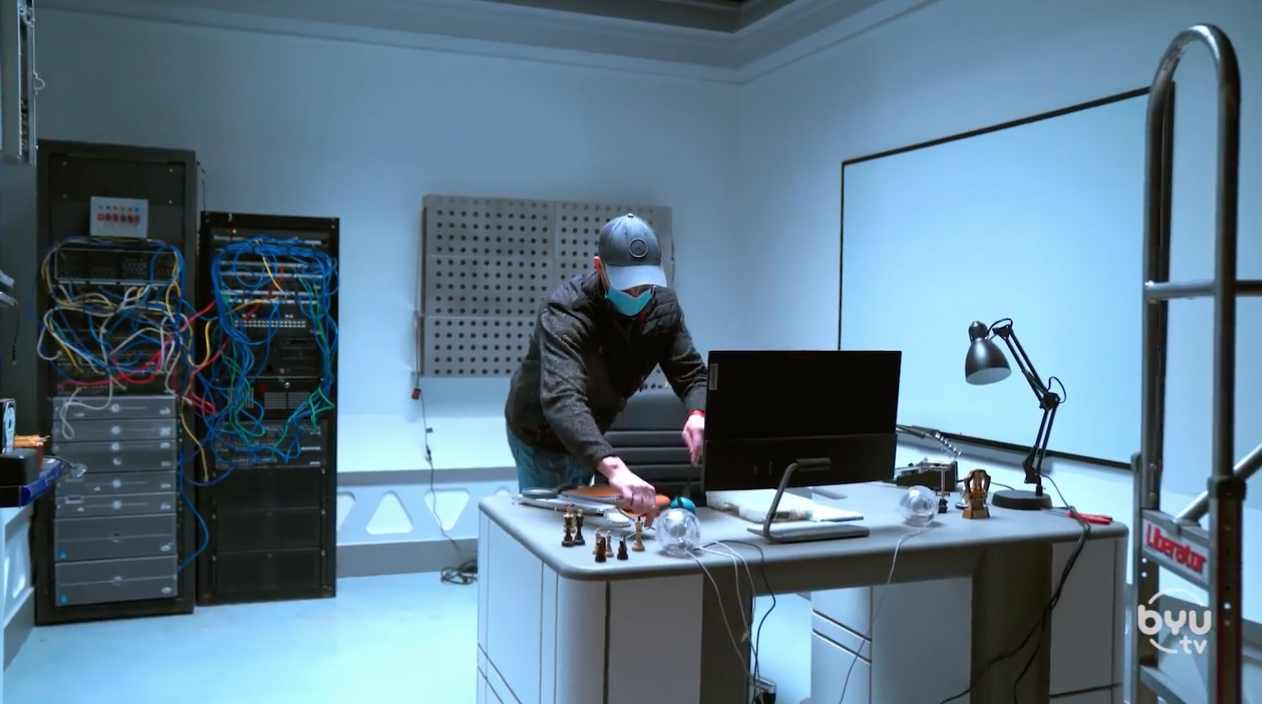 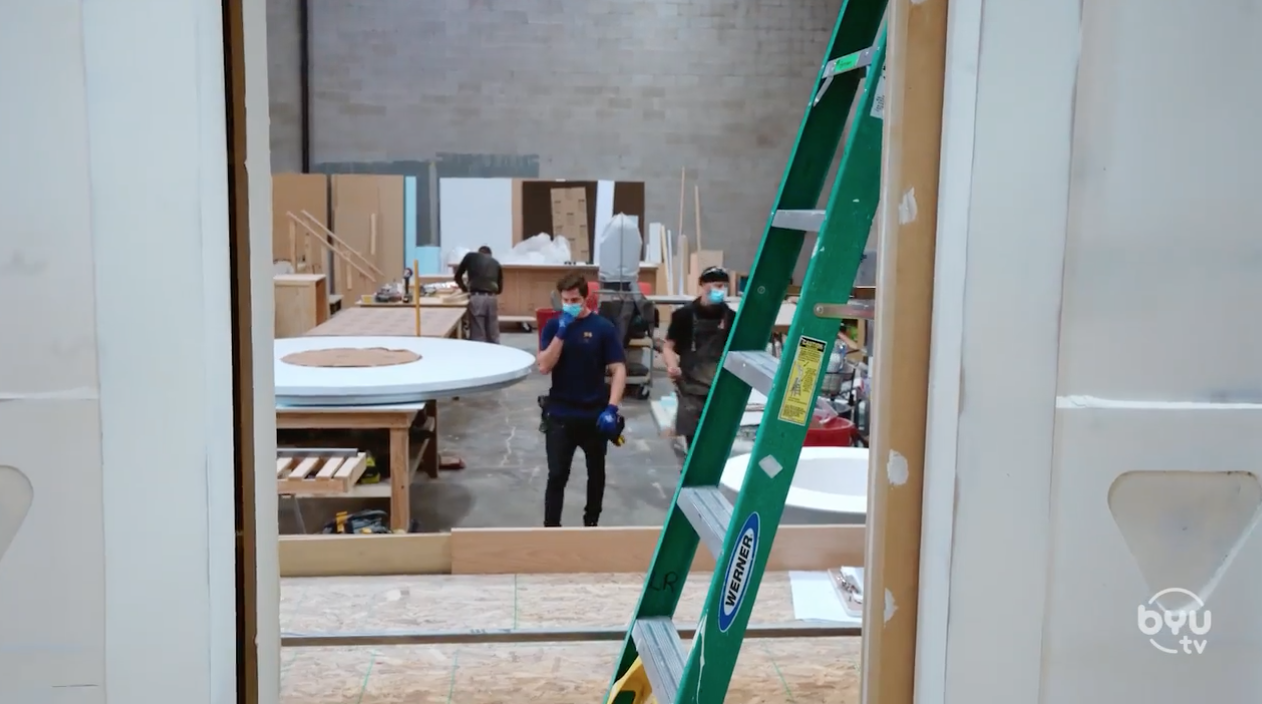 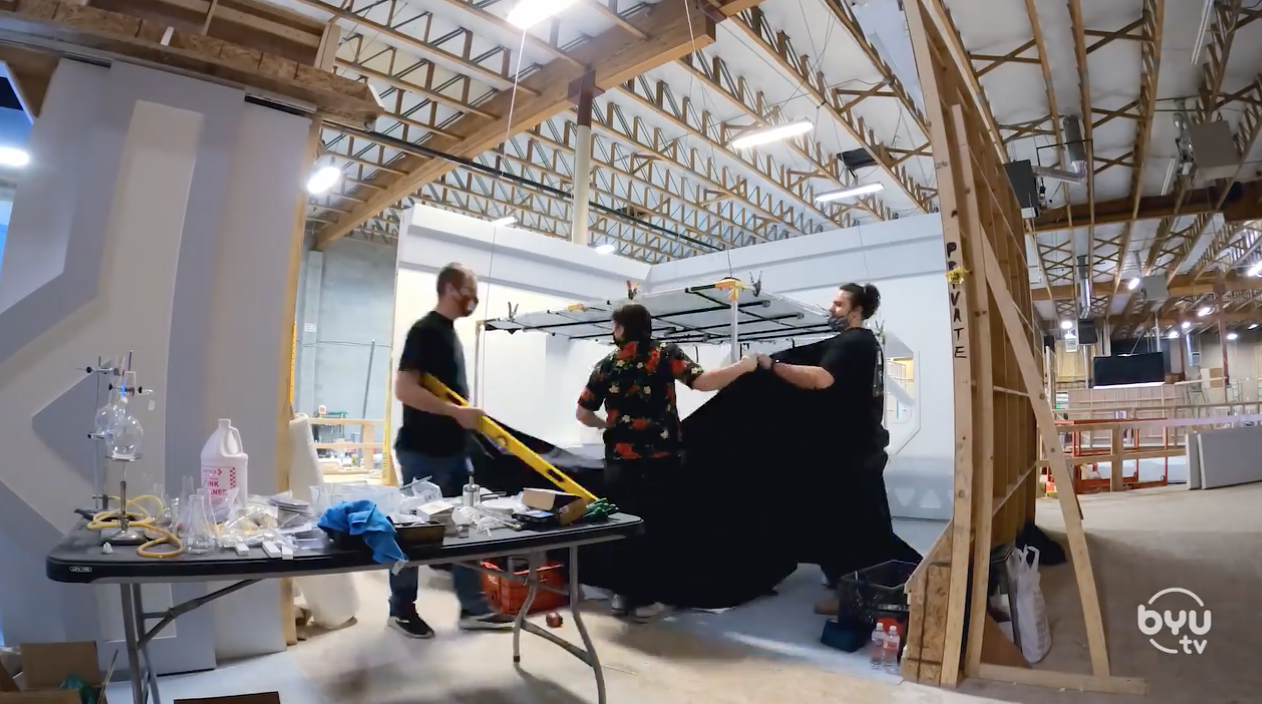 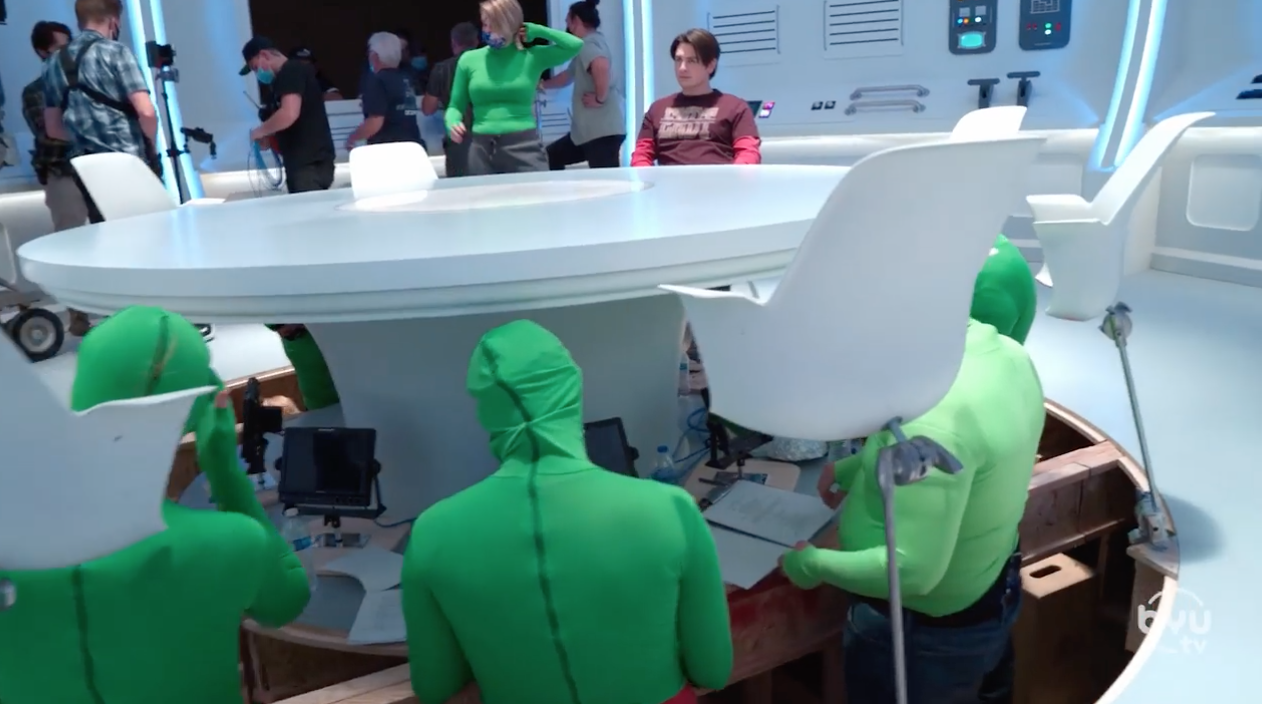 Watch the full set tour here and stay tuned for new episodes of 9 Years to Neptune airing
every Monday evening at 7:30 ET | 4:30 PT on BYUtv.