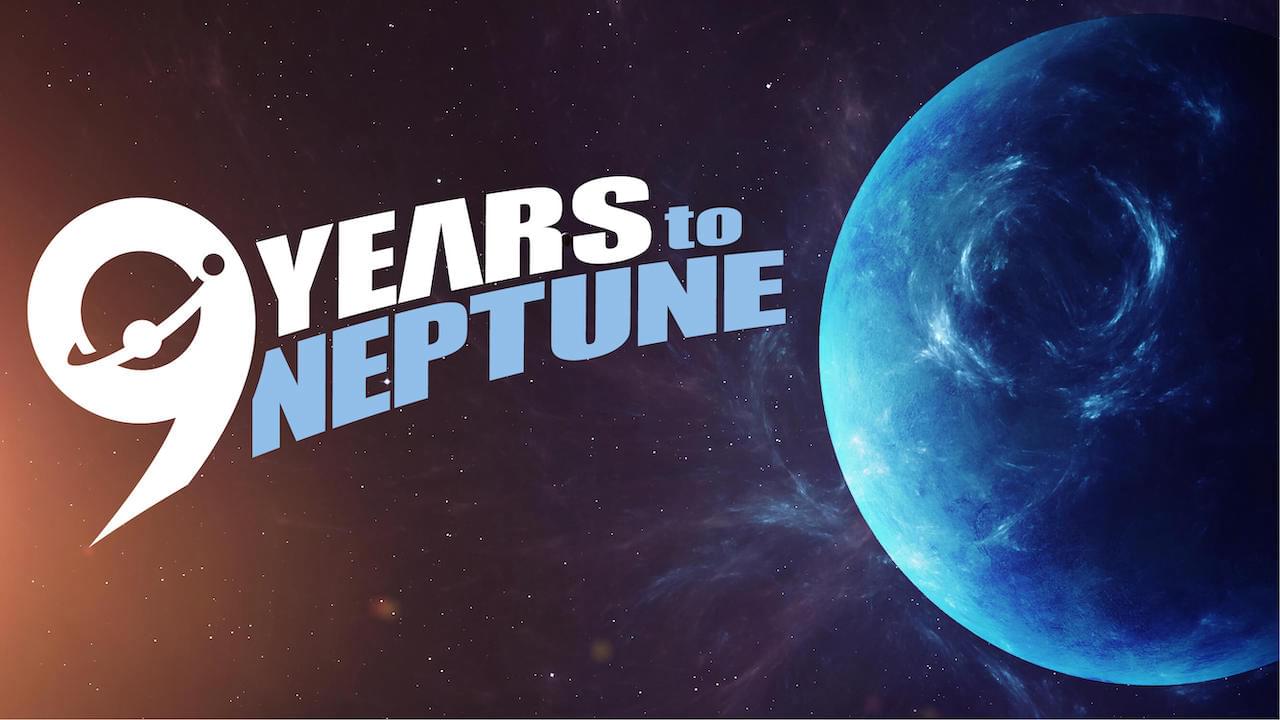 After a long five months working on puppets, the cast for the Cosmic produced TV show, 9 Years to Neptune has been brought to life by a strong team of designers and puppeteers, including Dallin Blankenship (Lead Puppet Builder), Tracy Blankenship (Puppet Builder), and  Lindsey “Gadget” Lopez (Costume Designer). 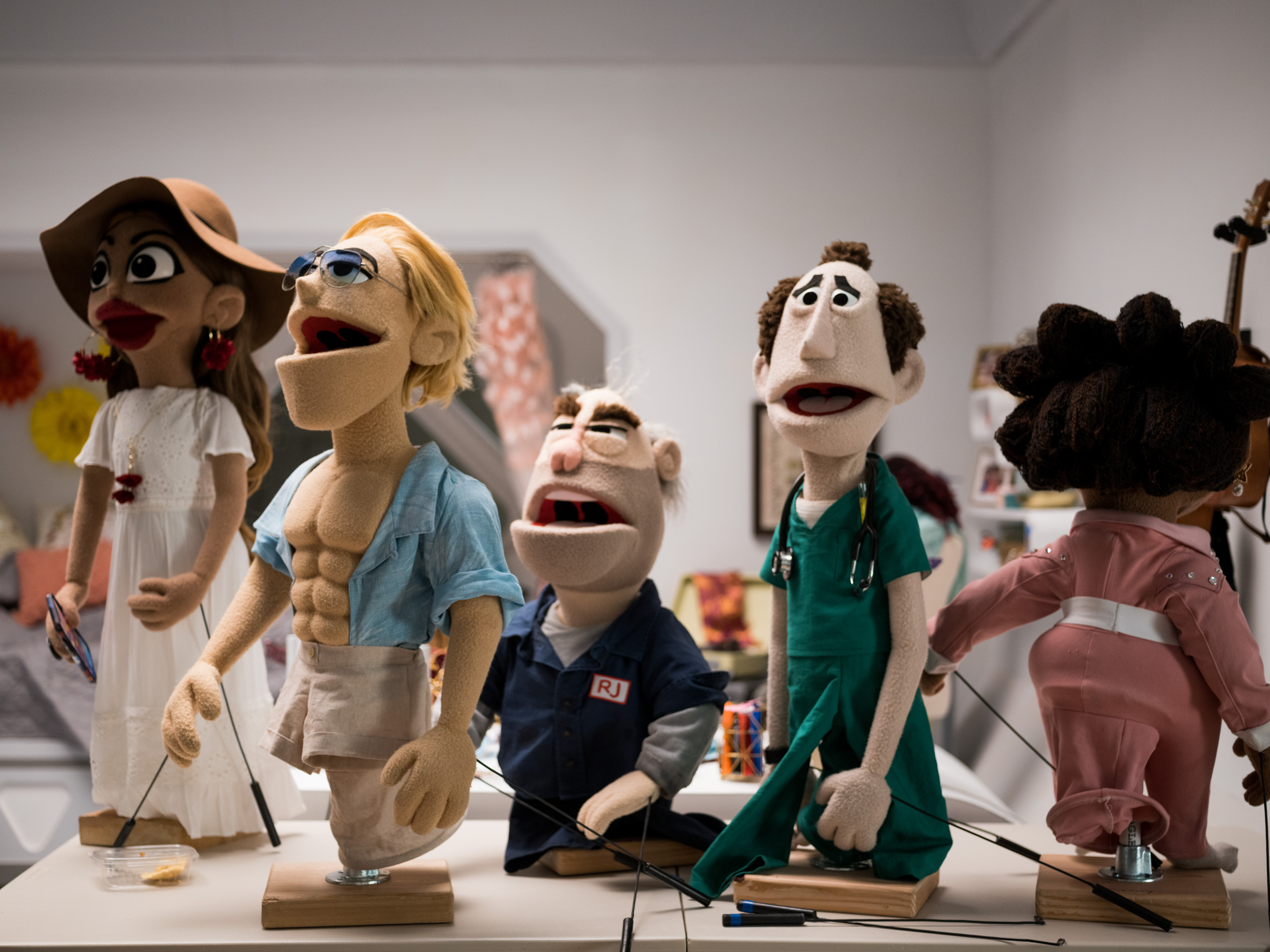 Creating this unique cast of characters all starts with an idea spawned from details and clues from the show’s script. The process includes a lot of sketching based on character descriptions from the show’s creators (Tyler McKellar, Peter McKellar), then revisions and different iterations of sketches are done until the drawings become more and more complete. Finally, color is added to highlight each character’s individual personality and complete the design. Once a finished drawing of the puppet is produced, a 3D mockup is made. 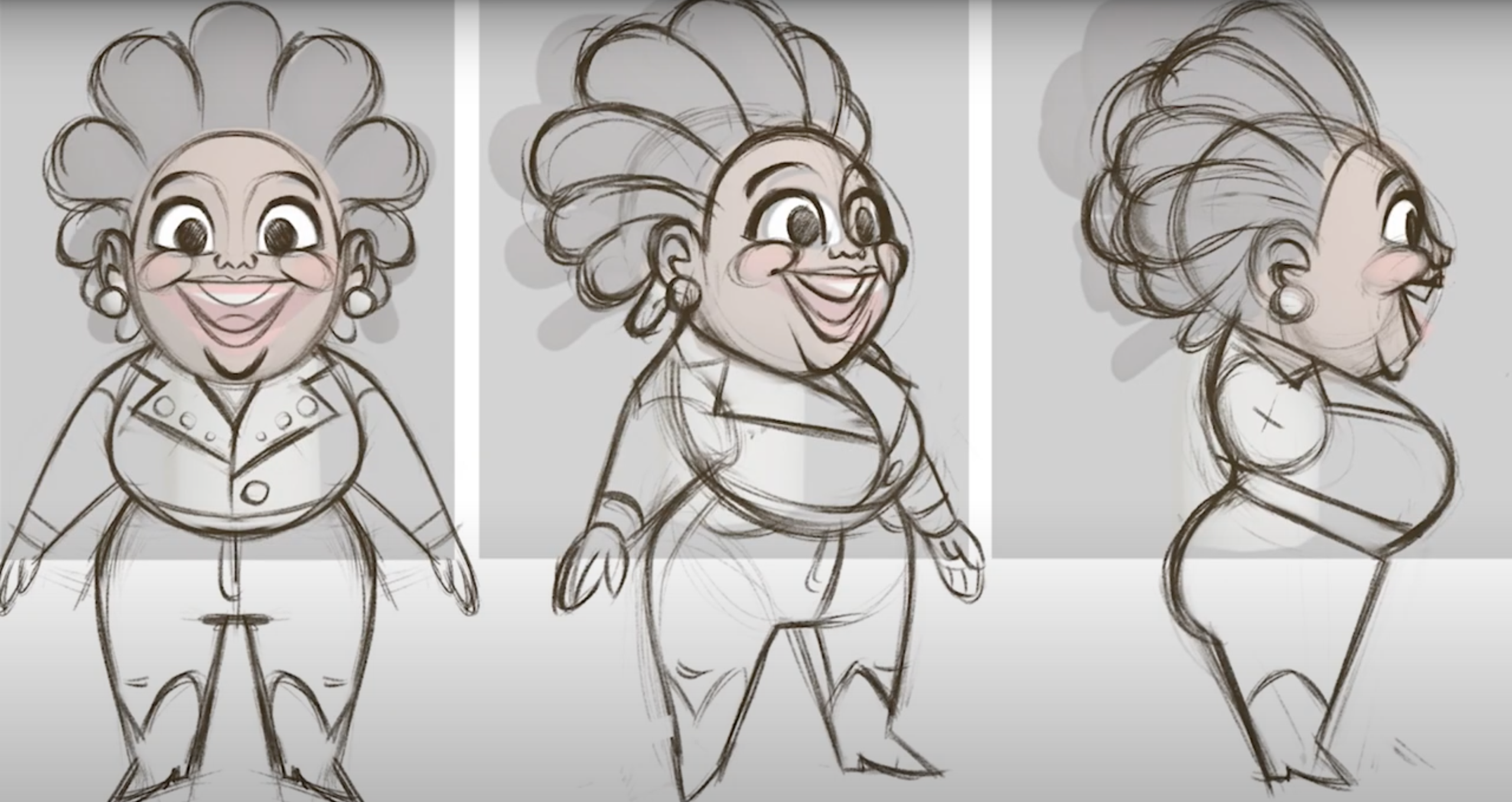 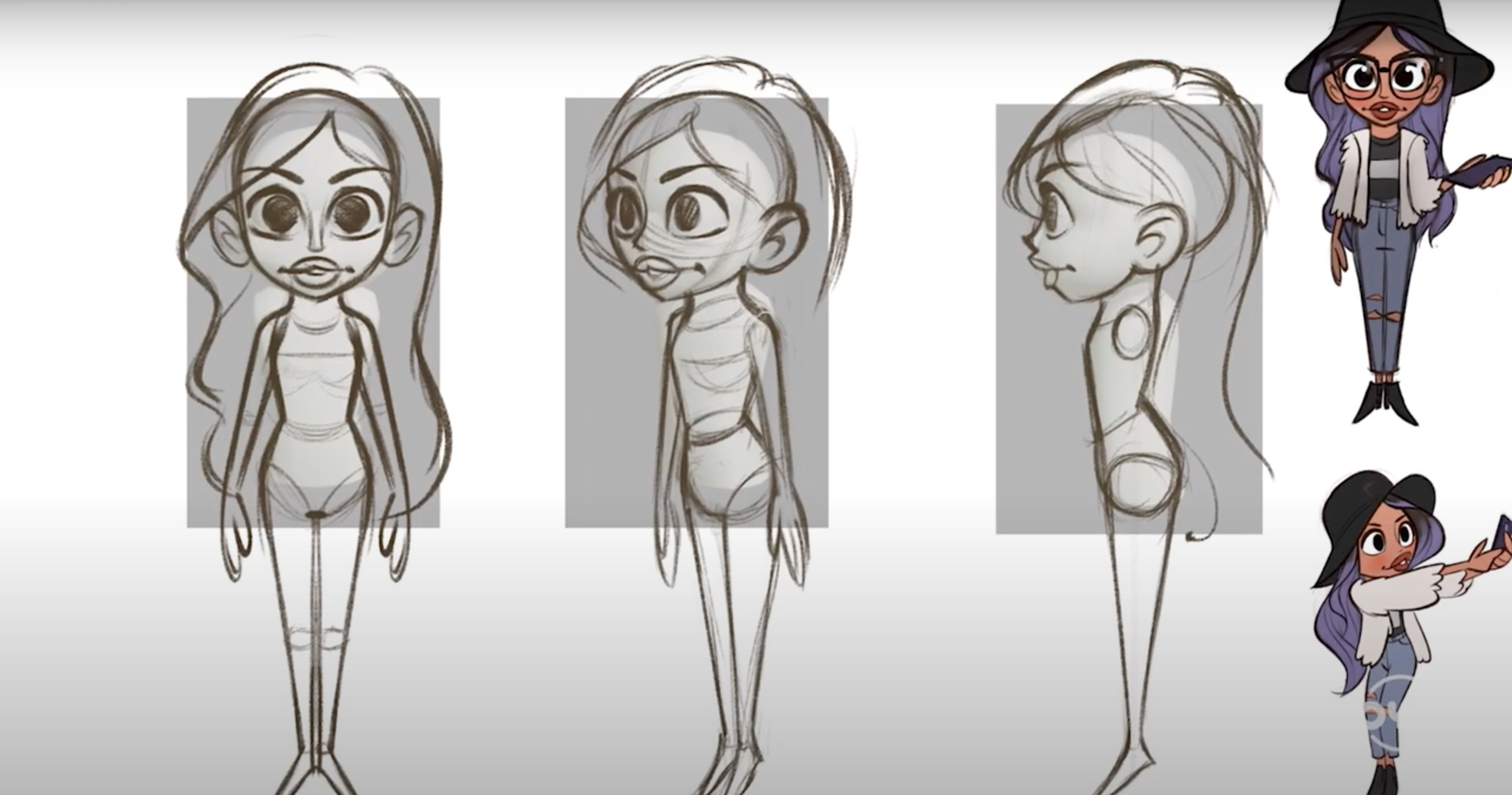 The 3D mockup is especially helpful with a cast of 11 characters, as you are able to visualize the scale of characters in relation to each other to ensure everything is coming together as planned. That 3D mock up is then run through another program to flatten the design and turn it into a pattern that can be traced and cut out into the foam. This produces 3D foam mockups to visualize how the character sketches translate from the computer to the real world.

Once patterning is complete and all the possible shapes have been explored, the finalized shapes are built using the highest quality and most durable foam through the process of final foam. Finally the fabric is sewn in; puppets are mostly made from foam, fur, or fabric. The foam armature to be covered in fabric and wooden dowels and little bits of leather for joints and wires on the fingers or thick metal wires that go through the wrist. 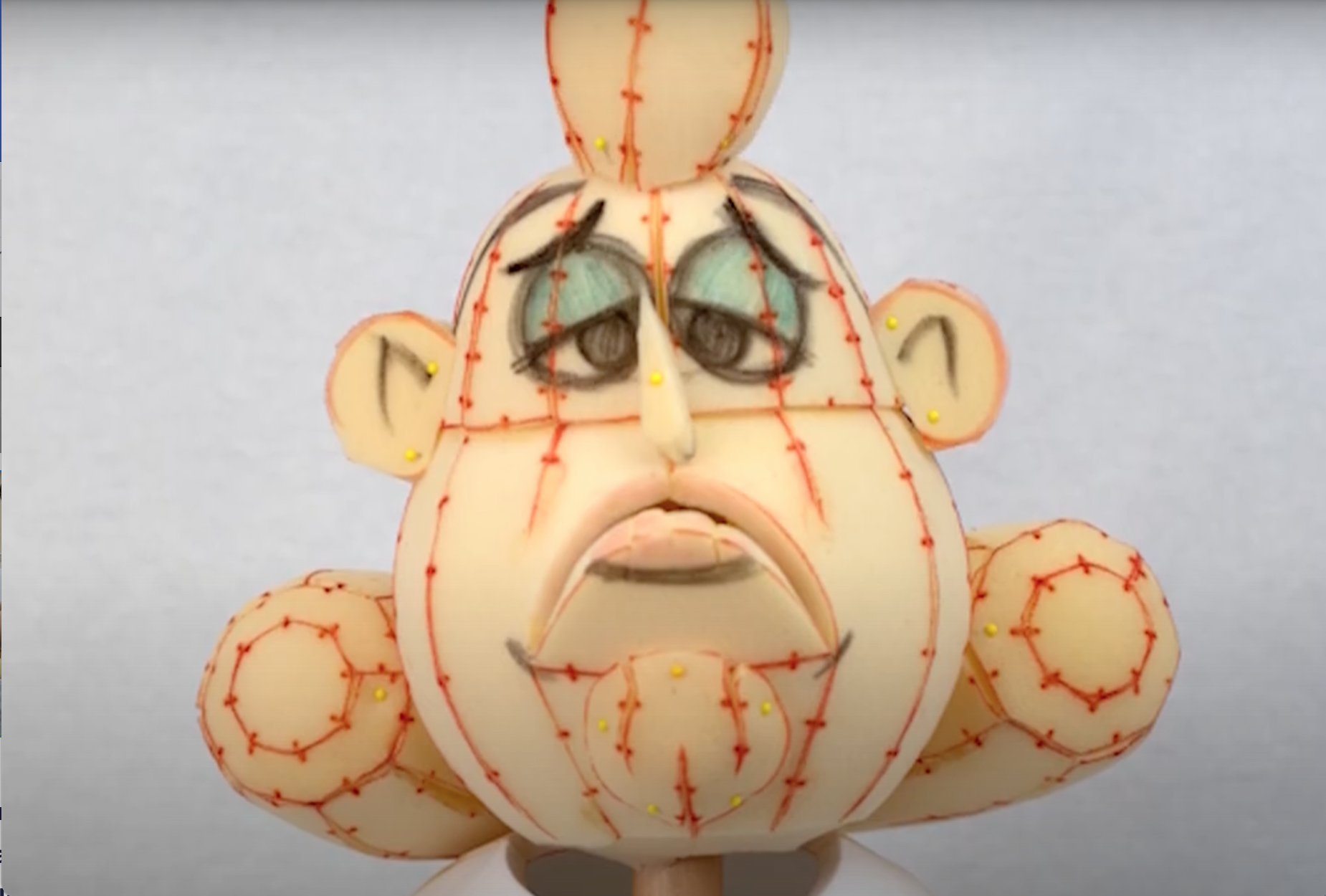 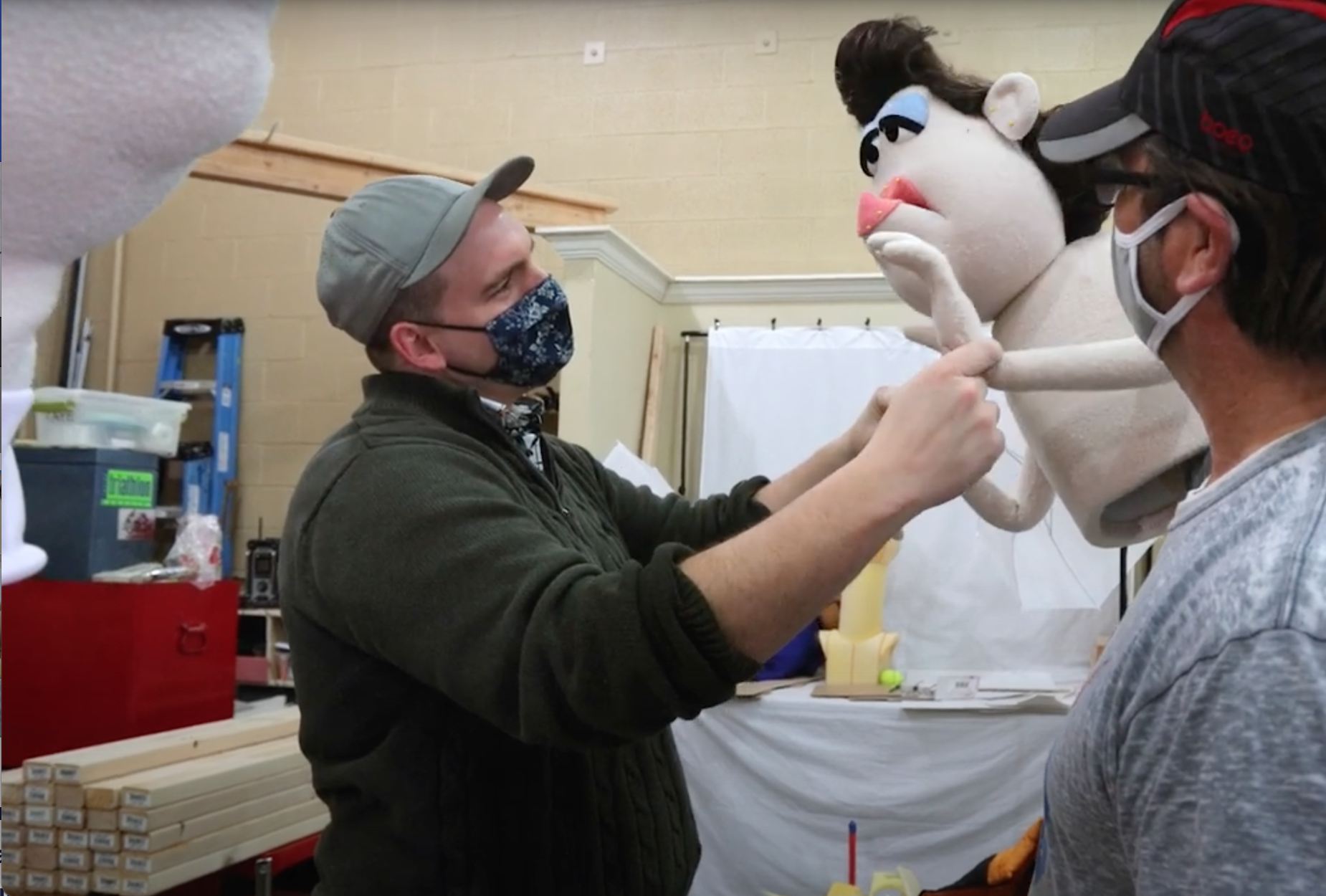 ‍
These are rod puppets, where puppeteers have one hand in the mouth controlling the lip synch/puppet speaking, and the other hand is manipulating where the arms go with rods. The puppet is structurally able to move it’s joints as it’s built from soft foam, enabling the bending of elbows, legs, and bodies. The puppets even have wires in their fingers so they can grab props.  This style of big mouth puppets is often called a plethora of names: Jim Henson Style, Glove Puppets, or Rod Puppets. Some characters have unique traits within their design. For example, Burk has a mechanism to tweak his eyebrow to add to his personality. 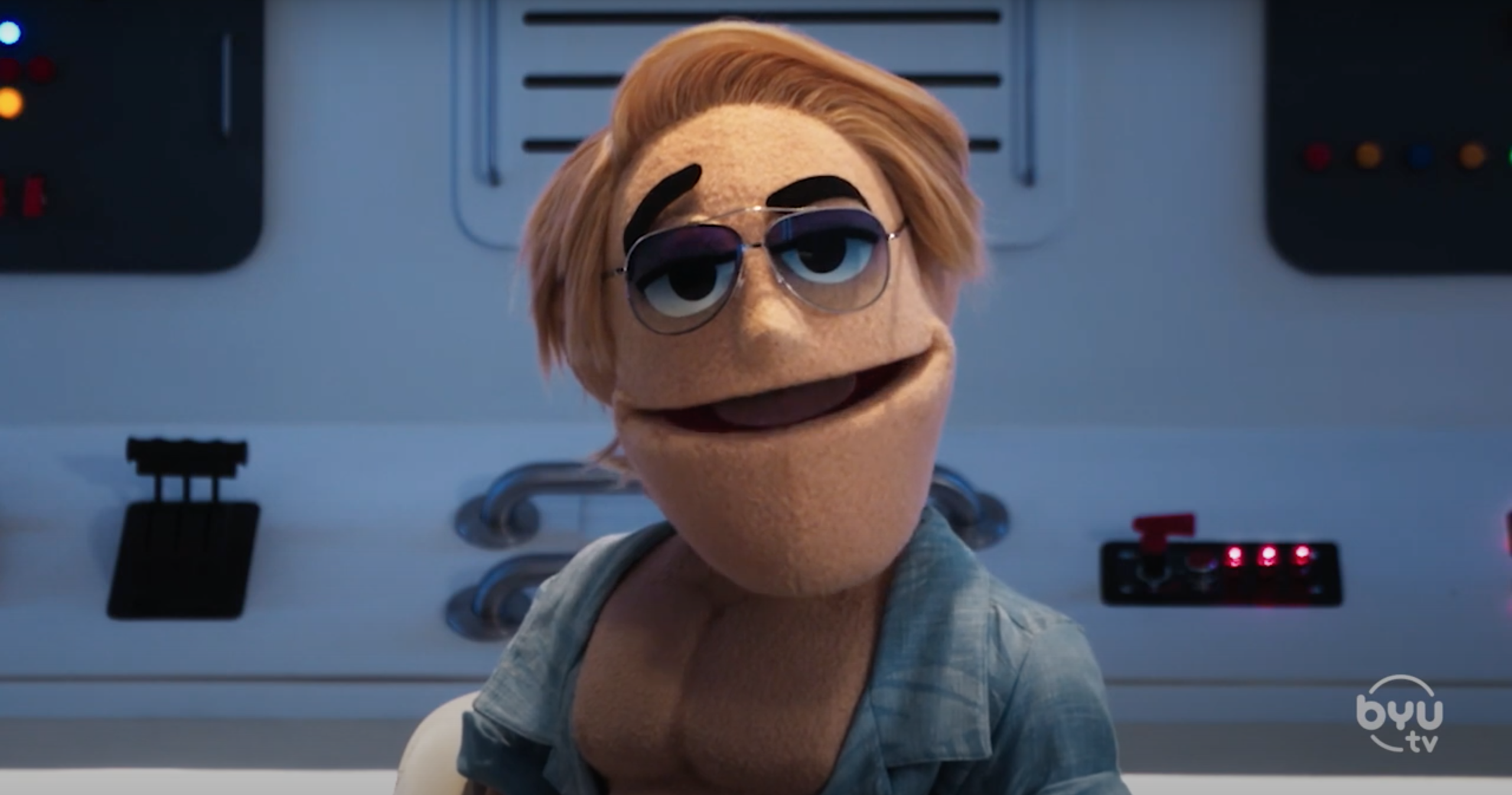 Then the puppet is skinned, which is the process of taking the fully built foam armature and covering it with fabric colors to achieve specific skin tones. Because the show features very specific skin tones, they had to be hand dyed to get the color just right. For example, Cashmere took 8 tries so her fabric came out the right color, as the temperature of the bath had to be just right.

When trying to translate a 2D design, getting proportions right can be tricky-it can be just a fraction of an inch that needs to be tweaked to get that puppet to mirror it’s 2D design.

For this production, one puppet per character was not enough. It was decided early in production that duplicates of every puppet would be made in case something goes wrong or a costume change is needed. 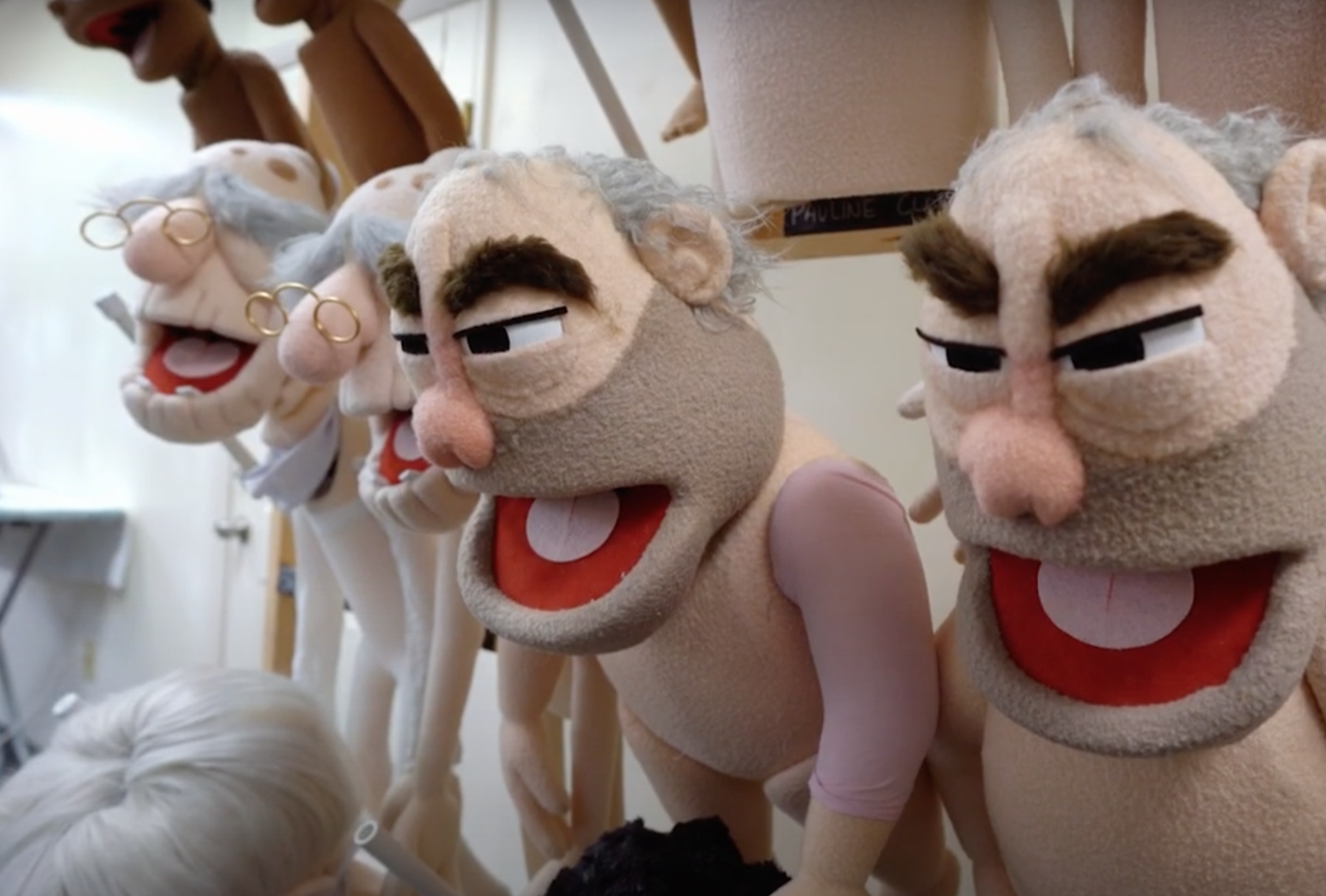 The puppet truly comes to life in the final moments, as both character and personality begin to shine through. Then, Lindsey “Gadget” Lopez took on the impressive task of designing costumes for the entire crew of puppets for the production of 9 Years to Neptune; in her words: “Clothes make a statement, costumes tell a story.” The process of making a puppet’s costume could take anywhere from one to three days, but Susie took a full week due to her complex shape. 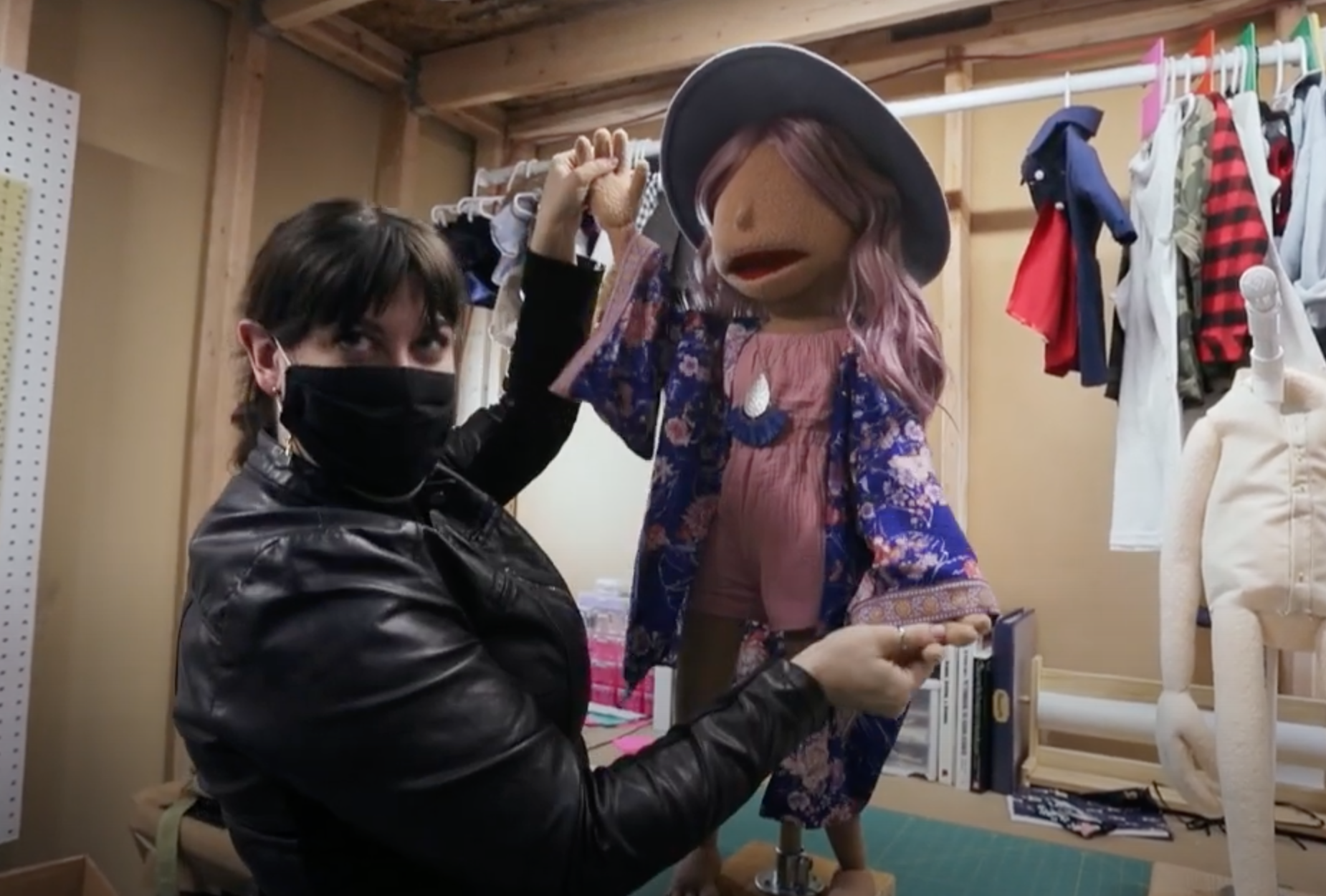 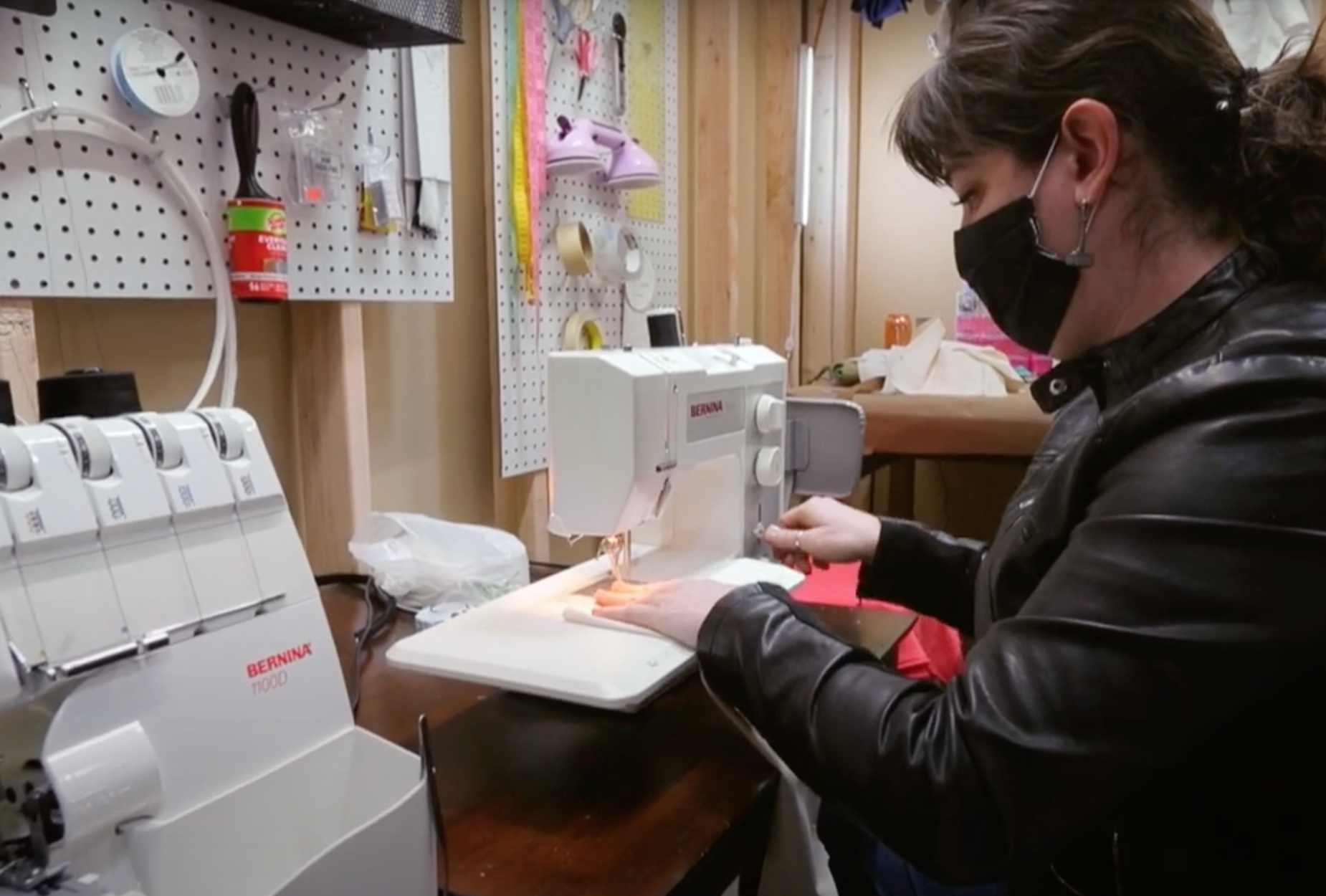 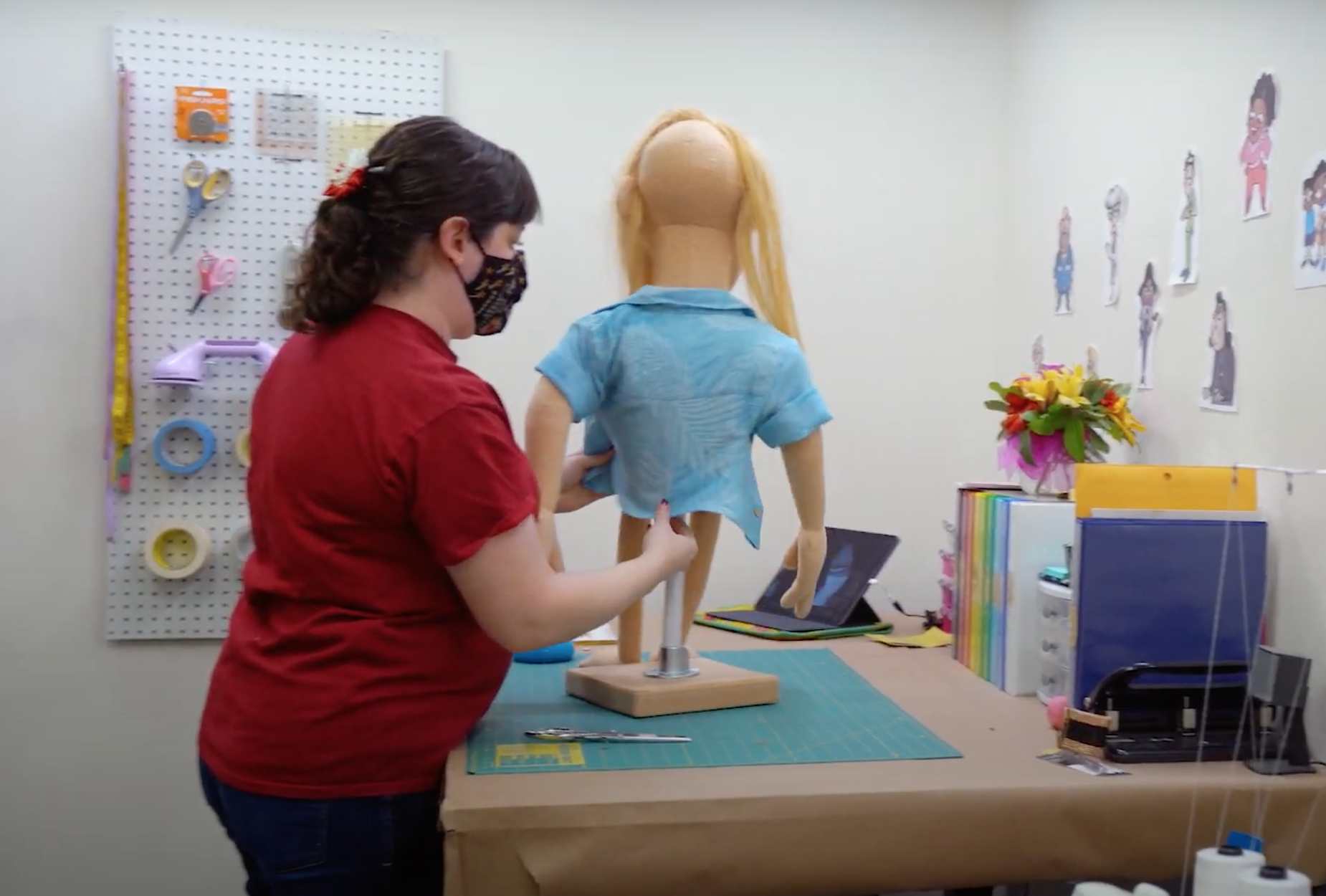 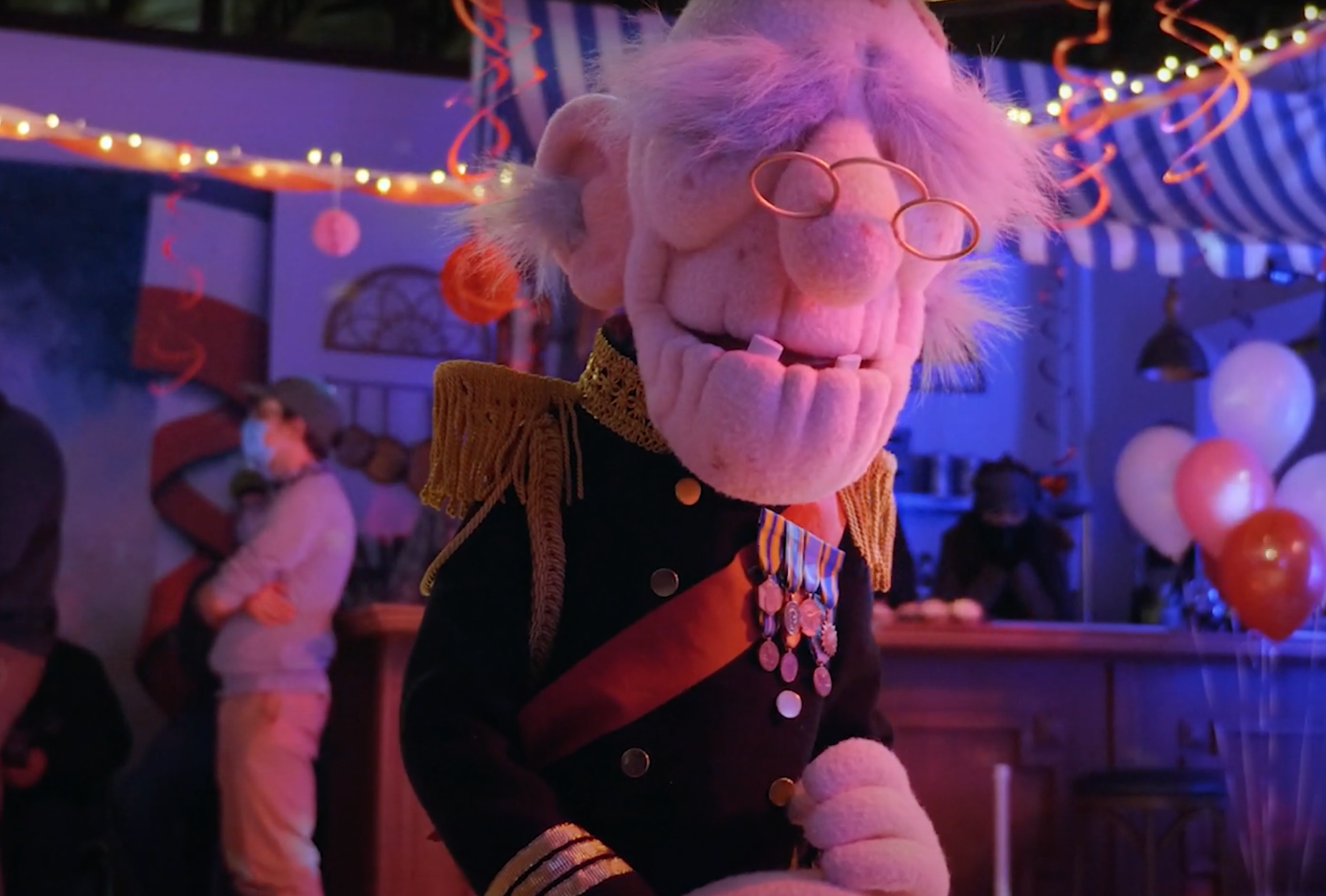 Mark your calendar to watch the premiere of 9 Years to Neptune on Monday, September 27 on BYUtv and head to the BYUtv YouTube channel for more behind the scenes looks at the making of the show.